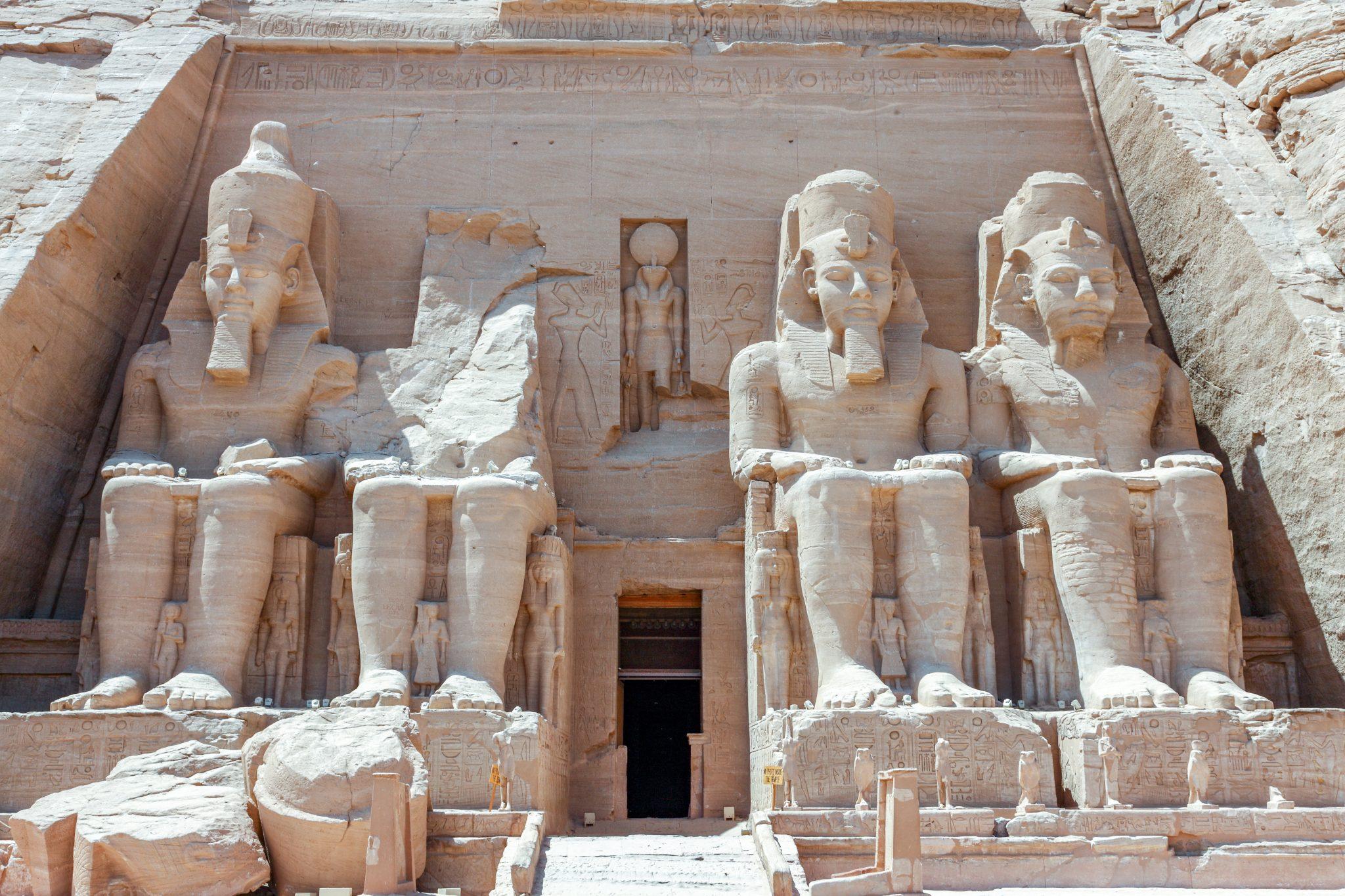 On March 31, Lynxi ascended to the throne of Osiris. Having been Heir Apparent since February 10, Lynxi has already presided over Osiris’ April Fools transformation into Ponysiris. I sat down with Lynxi a week after her appointment as Heir Apparent, however a combination of real-life factors and decisions on my part after the announcement of Altino’s abdication contributed to the delay in the publishing of this article.

“… I started out in a few UCRs just trying to learn what the game was and how do do the tings. The Allied States was first- before they had the fiasco with hosting the World Fair. Needless to say I left when that incident occurred and wound up in Equinox. I joined EQ Mafia, met Satya and Aynia and learned how to raid. We left EQ for various reasons, and I wound up floating between Arda en’ Estel and Hellenic Empire for a while, not doing much but occasionally raiding and helping set up some HE stuff. Satya’s sudden quitting and other shenanigans made me take a break from the game, and when I came back me and Aynia decide to [sic] cofound Caer Sidi together. At this time was when Altino brought me into Asteorra fam and I joined my first GCR, The West Pacific. Founding a UCR gave me so much information on how the game is and should be played, and I think that it’s a defining moment in my career. Because I came from a very cosmopolitan, slumming around style of playing and then all this responsibility was suddenly thrust upon me. I eventually left Caer Sidi for various reasons, joined TGW (I had always wanted to learn how to defend), and started hanging around Osiris as a visitor. Since I was proscribed, you know. When the proscription was lifted by Osiris, I joined up and started devoting 100% of my time to working with Altino in the government. A few Vizierships  later and a long time WA locked, and here I am…”

Although it was only announced recently, plans have already been in place for Lynxi to become Heir Apparent for a while:

“Well I had a few clues before she really said anything. But this has been the plan for at least a few months. Outside of the game I work a pretty stressful job during the holidays so I took a bit of absence, and I think she wanted to wait [sic] till I was back and active as I typically am. So as soon as I started making headway in Community Affairs we started talking about officially announcing it. I don’t think anyone was surprised. I personally have two feelings when taking on any position of responsibility: eagerness to do well and a sort of nervousness that’s more positive than negative. It’s a familiar feeling.”

Lynxi’s main goal is working on the internal affairs of Osiris rather than foreign affairs issues:

“I’m planning to focus a lot of my attention on the interior of the region. I think that any leader should think about what is going to happen after them. What sort of people will eventually fill their shoes and whatnot. I’m going to continue Altino’s meritocratic system, because I believe in an activity based game you need to continually prove yourself to be responsible for the positions you want. This typically does a good job of letting us know who we want to put into certain positions, and gives us a goal for integrating our new citizens. We want to turn new players into dedicated community members, and each one of our government departments will be asked to think of that in their day to day activities. As far as foreign affairs goes, there’s a few ideas I have in terms of improving friendships and fostering new and beneficial alliances. I think that we have seen a very good refining of our treaties under Altino’s leadership, so I think it is a good idea to find other regions who want to work with us to reach common goals. Emphasis on quality, not quantity. In Sekhmet, I’m going to be working with Benja to train and foster the growth of other military leaders so he won’t have to do all the work all the time. That kid’s a workhorse, but don’t let anyone know I’m saying nice things about him.”

Lynxi also feels that the current government as appointed by Altino is alright for Osiris as it is:

“[sic]I plan to start my term as Pharaoh out with largely the same cast of players we have now. I will likely make some changes, but only after some observation. I don’t want to turn Osiris inside out, I just want to work on continuing the damn good job we’ve been doing for a while now.”

Lynxi thinks that she is very much like Altino, minus the love of owls naturally:

“Well, I have only experienced Altino as a Pharaoh first hand so I am not quite sure about past Pharaohs. As to how I am similar to Altino, well she’s been one of the people that have helped me develop my outlook on regions, leadership, and Nationstates in general. We have similar views on a lot, and that’s something that people should expect from me. We do, however, have our differences like any two individuals do. For one, she’s not even a big fan of gummy bears. For two, I am less interested in owls than the general public might know. We just try not to think about the differences and that helps us not beat each other up on a daily basis.”

Lynxi believes that the best leaders are the best at managing others:

“Honestly, people management. That’s the entirety of leadership in the game and so long as you know your people, know what they value, and know why they do what they do you can inspire anyone to do anything. I personally hold myself to a bit of a personal moral system and I think that’s important too. Because when you’re in a leadership position it’s important that you can lead your government to do the things it’s responsible for but it’s also important that you don’t lead them into shady situations because of a personal goal. That’s where a lot of drama starts, people forgetting they are leading a community instead of achieving their own personal goals. My personal goal is to do the best I can for any region I love, so luckily I get to pursue mine and feel good about it at the end of the day too.”

According to Lynxi, the reason being the Pharaoh of Osiris is the best in NS because of the community:

“Well first, the title is probably one of the coolest in the game. Everybody knows that your value as a leader is equivalent to how cool your title is. But, in all seriousness, I would think that what makes being Pharaoh different has nothing to do with the impersonal structures of the region. Like the Scroll of Horus is just words, right? So what is different is that in Osiris I’m surrounded by the people I want to be surrounded by. I am part of a community that I cherish with the people I cherish, and that makes it, for me, the best leadership position I could ask for.”

Lynxi says that the strength of Osiris lays in the people that it is built upon:

“Our people. Osiris has a great assortment of people at the moment and it’s wonderful that we feel so relaxed and easy with how things are going. Not often do you find a region where people aren’t at least at some sort of odds with each other. It’s refreshing for me, because a lot of the places I came from were time bombs. So I think our people are the greatest strength. And really, in every region that’s typically the case right cos without people you don’t have activity…. but there’s something special about the Osirans I haven’t really found anywhere else.”

However, the greatest weakness in Osiris is the distinct possibility of the system stalling:

“The greatest weakness of any meritocratic system is the possibility of stalling out. If you don’t find new people for the region, then when the old ones retire you’ll be back to square one. This is felt very strongly in Sinkers, because we don’t have the influx of new players that Feeders have. We play with that disadvantage everyday, so it takes extra work to provide for this sort of system. But like every weakness, eventually you can overcome it and even turn it into a strength. Working in the Sinkers refines the techniques used to acquire new members, to convert gameside players into forum and discord community members, and how to work against the odds with optimism.”

Although Lynxi is not an aggressive person, she believes that the decision to declare war against the New Pacific Order was the right one at the end of the day:

“…I’m not typically a person that revels in conflict, but I do think the war was the right step. You can’t just let anyone set fires in your backyard. What I know I will do in terms of the War is assessing our goals, our strategies, and what the citizens of Osiris want and most likely basing our future efforts off of that. But until I’m in the midst of things I can’t really answer that question without making stuff up. I’m not going to make stuff up.”

Lynxi says that the greatest threat to NS in general is the lull in R/D activity:

“… I don’t know that I have the time in the game to really answer it. Like there’s a delicate balance people need to find on things like OOC policing and admin duties, there’s a general lull in r/d cos everyone is independent and afraid to do things without criticism, and there’s kind of a problem with people who have done stuff in the past but are doing nothing now doing their best to stagnate growth and new ideas. So I suppose, people can take their pick at what’s the worst, because I’m really just trying to do what’s best for Osiris. I got tunnel vision right now.”

Lynxi was extremely courteous to me throughout this interview, despite her being exceptionally busy in real-life at the time, and I would like to thank her for that. Having recently had Lynxi on the NSToday podcast, The News Room, I predict a brilliant future for Osiris and predict a continuation of its new golden age under Altino.