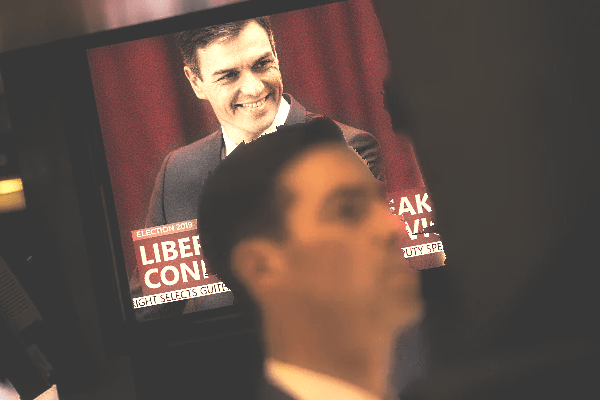 LAZHITSKY, TRABARDIA — A long election season has ended across Trabardia as voters cast their ballots today. From the rolling plains of Oshotov to the river communities of North and South Irkuk, Liberal Party leaders and voters, as well as their coalition allies, celebrated a record-setting victory across the country. The shift to the right is a sharp rebuke of the presidency of Sebastián Gálvez, the landslide-making populist Communist elected just more than half a year ago.

This historic victory marks the first time in Trabardian history that the incumbent President’s ideological caucus has not been in control of the Congress. The Right Caucus, which has gained 12 seats in the Trabardian Senate and 568 seats overall in the National Assembly, is now in control of the keys to the legislature.

The shift of power in Congress is an opportunity for the new opposition to define how they want to operate the legislative branch to oppose and scrutinize the policies of Mr. Gálvez and future presidents facing disappointing election results.

Through the use of the numerous congressional committees, the Right Caucus is expected to be hitting the Gálvez administration on all fronts, from its increased environmental regulations to the dismantling of private sector industries. Incoming Speaker of the House and Liberal Party leader Edmundo Cotilla has also appointed hosts of Senators and Assembly members to what he called “Shadow Secretaries,” in a Saturday morning press conference, to provide “scrutiny to the authoritarian government of the President and represent our agenda on all fronts.”

However, the Right Caucus is not expected to be completely consistent in its policy in the coming year of the opposition Congress. While the Liberal Party, which holds most leadership posts within the Caucus, is considered the bedrock of the opposition, it relies on the Libertarian, Nationalist, Christian Republican, and Green parties to support its majority. These four parties have proven to be a pain for the Caucus’ public relations even while they were in congressional opposition. When asked about this potential problem, a senior Liberal official said that “while the Caucus is diverse in its ideological standings, we’re going to continue to be united against the administration and stop their pursuit of dangerous, far-left policies.”

In districts across the country, according to a joint exit poll from major national news organizations and newspapers, Trabardian voters were most concerned about the effects of an increasingly state-controlled economy. However, the number one concern of the voters was the state of Mr. Gálvez’s administration, whose hardline Communist Party appointments have caused trouble and led to bi-partisan congressional investigations into possible unconstitutional policies. There has even been of the more socially conservative wing of the Communist Party splitting off to form its own bloc, further destabilizing the unity of the administration.

Mr. Gálvez is also leading talks between Communist and New Socialist party leaders to merge the two parties to show a stronger but big-tent party to represent the left-wing of Trabardian politics.

Partisan tensions are already rising between the parties, as party leaders stressed friendly opposition and bipartisanship but hardliners such as anarchist New Socialist Senator Romina Campos declared that “[the Left is] at war with capitalism. No more excuses. Now is the time to get our ideas through.”

The final tally of national results, certified by the Department of Internal Affairs, left the Right Caucus with 57% of control in both the Senate and the National Assembly.