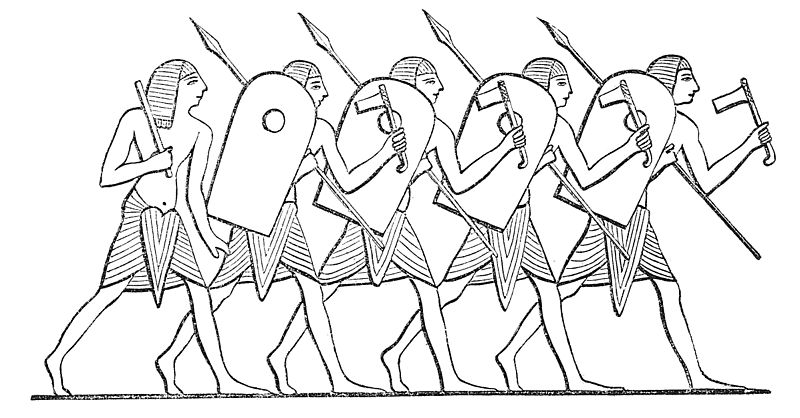 The New Moshir in Town: In Conversation with Benja

Despite existing for many years, the Sekhmet Legion of Osiris was never exactly the most active military in the world. However, this has begun to change recently with the legion performing 47 tag raids since the 28th of May, with 637 hits – an average of 13.55 per raid. These are pretty impressive numbers- especially considering that the legion has just ~20 people in it. The Legion’s Jump Point, Nineveh, has 253 embassies at the time of writing.

So what is behind this remarkable resurgence from the once inactive military? Between the 14th of July 2016 and the 27th of May 2018 the legion performed 11 raids, with the majority coming in October and November 2017 as now Guardian Mghnb worked his socks off to try to revive the Legion. Therefore, answer is not what, but who. The person in question is Benjabobaria(Benja), who was recently promoted to Moshir (Marshal) of the legion, and who came runner-up for the Up and Coming Raider Award in the NSGP awards. I sat down with Benjabobaria to talk about various topics ranging from his early beginnings in NS to his meteoric rise to the top.

Although he is now a raider to the core, Benja had leanings to the contrary in his early years on NationStates:

“In December of 2016 I was recruited by Bedetopia, a regional officer in Psychotic Dictatorships (where I was spending all my time) to take part in a piling mission. I later found out that he was in The West Pacific Armed Forces, and ended up joining in April of 2017. I was honestly more defender-leaning at the time, but quickly grew to enjoy raiding.”

Benja has enjoyed a very brief but action-packed career in NS so far, having only joined the game in November of 2015:

“From November 2015 to March 2016 I was largely just answering issues on my main nation and lurking in 10000 islands. In March 2016 I founded my dictator nation and spent an increasingly large portion of my time in NS answering issues on it and doing dictator RP in the RMB of Psychotic Dictatorships. In December 2016 I joined my first NS discord related to the mission Bedebao had recruited me for and gradually became less interested in issue answering and more interested in R/D. In essence, once I got my first taste I couldn’t get enough. In April 2017 I joined The West Pacific Armed Forces, and stayed there for a year, learning a lot about raiding. For a variety of reasons, I jumped ship for The Black Hawks in early April 2018 shortly after they were blacklisted by TWP.  For a time, I felt like I had no home region in NS – TWPAF was my only home until I left it, and had few friends in TBH. However, I got involved in Osiris and its military in May after finding out that my favourite TWPAF commander, Altino, was about to become delegate. While I was involved in many other militaries until recently, Osiris started to feel like home rather quickly after I joined it, and my other military commitments quickly became secondary.”

One thing Benja finds attracts him to places is people he knows and gets on with being there, without that he may have stayed in The Black Hawks:

“Well I knew that Altino and other people I knew from my TWPAF days were in Osiris. I knew very few people in TBH until several months after I had joined, and I had only been there for little more than a month when I joined Osiris. I also knew that Osiris and TWP were military allies and that I could see old friends by raiding with them as a Sekhmet Legionnaire. I also missed the general environment of a GCR military, and the ability to become an officer and be able to train other people in a relatively short amount of time.”

Benja took on a truly herculean task when it came to making the legion relevant again and  when asked why he did this he simply said:

“Ambition for power/relevance was definitely part of it, but that does not come close to telling the entire story.
I knew that the Legion had been something in the past, and thought that it had potential to be something good given a constant push. But at the end of the day I mostly just longed for an environment like that of TWPAF at its peak days and wanted to create something similar. And once I started raiding regularly with Sekhmet, I really started to enjoy being a part of it, regardless of how few other people cared to the same degree as me.”

Benja has managed to achieve a task many thought was nigh impossible. When I asked how he achieved such a monumental feat, he had this to say:

“In summary, I cared where others did not. Since I joined the Legion I have consistently been active – particularly in terms of triggering – which ensured that raids were always happening on a regular basis.”

Benja went from new recruit to head of the Legion in just under 6 months, and he admits he did doubt himself at times:

“Considering how I regularly did stupid shit as an officer and got reprimanded for it, most definitely. However, I always managed to learn from my mistakes and move on, regardless of how long it took.”

With the rise of technological aids to help during the raid itself many have begun to question how long old school raiding, with manual triggers, can last. However, Benja feels that a successful raid should be the reward for hard work beforehand and that old school raiding still has a place in a world of increasing automation:

“I mean, raiding is ultimately about having fun, so if people find it fun to have a bot trigger for them and do 90-puppet raids with breeze or whatever, then good for them.

But personally I like raiding for the payoff of successful preparation, so I’m generally not a fan of increased automation in raiding. I also like trigger-jumping and having to do lots of things at once during the update, so I totally wouldn’t want a bot that triggered for me. And even if tools do exist to automate the raiding process, people should still be taught how to trigger and raid manually. Knowing how to trigger with Spyglass and nothing more gives one a greater understanding of how raiding actually works than when everything is automated. And people that can trigger and raid by themselves won’t be helpless when they lack access to a discord bot or whatever.”

Having gone from newbie to seasoned veteran in a short space of time, Benja has some pointers for newbies just getting started in R&D:

“-Do what you enjoy – most morality in R/D is superficial. Defending, raiding, or both – do whatever floats your boat. And if you don’t enjoy it, find something else to do!
– However, don’t destroy offsite property (discord servers/forums) or be a jerk outside of in-character regional destruction. That will rightfully get you blacklisted from many regions.
– The more ambitious you are for power, the more you will have to learn by trial and error.
– Don’t be afraid of occasional failure, and be able to learn from your mistakes – but don’t be an idiot.
– Don’t waste your time with toxic people! There are plenty of R/D regions in the game and if you don’t like your current one there is likely another you can go to.
– Don’t spread your focus too thin – if you want to be respected you need to dedicate your focus to one or 2 regions.
– Stay away from fascists – whether NS’s hate for them is entirely rational is debatable, but they will ruin your reputation nonetheless. Just avoid them at all costs.”

One thing is for sure: the Sekhmet Legion appear to have a great future ahead of them, after all they have performed 47 tags raids in 7 months whilst still being nowhere near their best. There is surely more to come from Osiris’ military.

I also see a bright future in raiding for Benjabobaria, who has more in the tank yet, and it appears likely that Benja has the potential to be one of the main, if not the main figure, in the raiding community for many years to come.

Source for raiding figures: The Sekhmet Legion: 2018 In Review