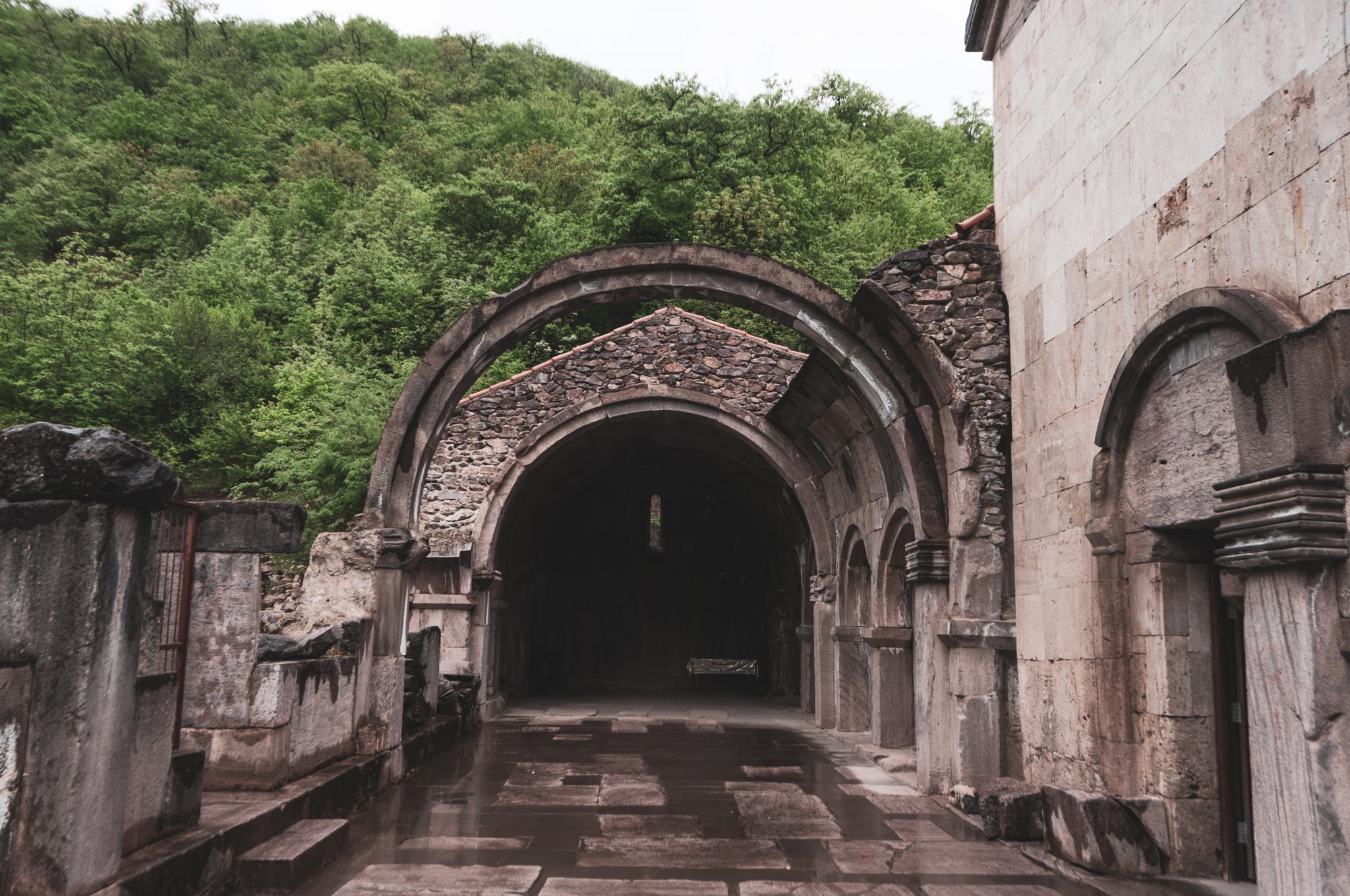 On 7 February, raiders took the The Mystical Council’s delegacy in a sneak attack.  The sixteen nations who took over at minor update were swiftly backed up by an enormous force, bringing raider delegate Diviciacus to 219 endorsements by the end of the second day, overtaking the raid on A Liberal Haven as the biggest pile in NationState’s history. Reinforcements kept arriving, reaching a peak of 260 on 15 February.  The enormous amount of influence these endorsements gave to regional officers allowed a password to be imposed shortly after 3am GMT on 18 February, locking down the region against defenders.  Meanwhile, by exploiting World Assembly protocols, the raiders thwarted rightful delegate Alistia’s efforts to get Security Council intervention. Over the following week, the unobstructed raiders ejected the residents one by one, before finally destroying the region on 25 February.

The operation was led by veteran raider Venico.  Other than a brief spell in 2018, Venico had been away from NationState for six years.  He unexpectedly returned on 3 January 2022, joining the (at the time) record-breaking pile in A Liberal Haven.  A week later, he quietly moved new puppet Diviciacus into The Mystical Council.  Posing as a player returning to NationStates , he posted on the RMB:

“Hey guys, just started and went to a place that sent me a message. Didn’t quite mesh with my Gallic druid aesthetic and figured this place would be better :)”

He talked about setting up a druid-themed roleplay or government.  In an RMB post, he said:

“I contacted [long-standing resident] Exotic Lemon and he suggested I should campaign to be delegate in order to start this and lead. I don’t know that I’m ready for that type of responsibility yet as well as being so new this place. Maybe I’ll just post an opening in character post and we’ll see the engagement?”

“Come old spirits and join me here once more. There is work to be done.”

And five days later, the old spirits came – from The Brothers of Malice, The Black Hawks, and Osiris’ Sekhmet Legion.

Operations security had been tight for the raid.  The target region, and even the date of the raid were kept secret from the junior troops involved until the day.  Cretanja, one of the troops, described the tension when the moment came:

“Radio Silence was declared mere minutes away from jumping. […] Because the mood had switched from being ebullient to such a profound seriousness, my heart was literally pounding! Someone’s fan was on in the VC and all you could hear was the thwamp, thwamp, thwamp of it’s motor. Each thwamp made my heart race faster and faster.”

Despite the recent high levels of defender activity, there was “not a defender to be seen,” according to Reventus Koth.  He continued:

“Amazing work by our stealthy assassins and allies. Now that we’ve shown our hand, I expect to see a fight!”

And defenders did fight.  Defenders appeared update after update to siege the region. Militaries from across NationStates, from Independent- to Defender-aligned, assembled in the hopes of eventually freeing The Mystical Council from the invaders. An estimated 50 defenders cross-endorsed at numerous updates to take down the influence invaders gained each day. Defenders tried their hardest to slip past banhammers and build influence to make themselves even harder to eject.

Initial efforts looked promising.  With defender turnout comparable to December’s liberation of China, Alistia reached an impressive 108 endorsements.  But those numbers soon dropped due to ejections.  On The Mystical Council WFE as at 18 February, the raiders boasted that 292 defenders were ejected.  Of course, this number doesn’t represent unique players – ejected defenders returned time and again.

In order to destroy the region, raid commanders would eventually have to eject many of their own troops.  Realising this, inspired defenders changed tactics.  They started endorsing all the raider rank-and-file.  By boosting the influence of these lower ranks, it would be harder for commanders to eject them later.

The residents fought back too.  On 10 February in the Security Council, rightful delegate Alistia drafted a proposal Liberate The Mystical Council.  Their fear was that the region would be passworded, then destroyed by the raiders.  A Security Council Liberation would remove any password, increasing the possibility that defenders could retake the region.  Three days later, Alistia submitted their draft for delegate approval.

Proposals must be approved by 6% of all delegates before going to public vote.  The intention is to filter out junk proposals.  If the 6% figure is reached, the proposal is added to a queue, then goes to vote for a four day period.

However, around the same time, two other proposals were submitted to the Security Council.  And they both reached that 6% figure before Liberate The Mystical Council.

Liberate Ukraine was submitted by a very young nation, without the usual good-practice step of drafting the proposal on the forums.  Usually these are signs of an enthusiastic new player writing bad proposals.  On the surface, as spotted by Tinhampton, the text seemed to be referencing real-life events.  Tinhampton also noted that the author was RiderSyl’s puppet United Terinova, currently a raider regional officer in The Mystical Council.  The Commended Lenlyvit saw through the plot.

“All this is, is a ploy to delay the passage of Liberate TMC by a further four days. Now instead of Liberate TMC passing eight days from today, it will pass twelve days from now. Which is an almost two week window for the raiders in TMC.”

“Actually it’s extended to 16 [days]. Four for the present one, four for Syl’s proposal, four for Condemn Suspicious, which has reached quorum and then another four before Liberate AMC gets passed.”

If passed, Alistia’s Liberate The Mystical Council would come into effect at minor update (5pm GMT) on 1 March.

Alistia had foresight.  On 18 February raider Syramor added a password.

It costs influence points to set passwords, or eject or ban nations.  And that influence has to have been gained in the region.  Influence grows at each twice-daily update by one point plus the number of endorsements the nation has.  Password costs are proportional to the number of nations in the region.  Ejection and ban costs are proportional to the target’s influence score.  Delegates can eject and ban for half the cost that regional officers pay.  So raiders planning to password regions and eject residents need to solve some complex mathematics before taking action.

On the day the password was set, the region’s population reduced from 327 nations to 148.  By ejecting low-influence nations, the cost of adding a password had been reduced.  But many of those low-influence nations were raiders.  Diviciacus’ endorsements dropped from 255 to 138, reducing the speed that they were gaining influence.

Analysis by NS Today suggests that with careful management, the raiders could have emptied the region on 23 February.  That was the point when Black Hawk Ray’s puppet, Acythe, first had enough influence to eject long-term resident Parakka Northland.  No other raider would have had sufficient influence to do that until 28 February, which cut close to the expected 1 March Liberation.

To efficiently manage the costs of ejections, raiders rotated the delegacy.  The first rotation was from Diviciacus to NewCambria on 18 February.  In their 12 hours as delegate, NewCambria ejected most of the remaining defenders.  The delegacy then went back to Diviciacus.  Not feeling time pressured, Diviciacus remained delegate until early 22 February without ejecting anyone.  The delegacy then passed through multiple regional officers, each kicking one or two long-term residents before the delegacy moved on.  Acythe finally ejected the last remaining resident, Parakka Northland, early on 25 February.  There followed a spree of raiders being sent to The Rejected Realms by their own commanders.

At 5pm GMT that day, Liberate The Mystical Council finally came to vote at the Security Council.  Three minutes later, the now-empty region ceased to exist.  Forty-one more seconds passed, and the region was refounded as a trophy.

Less than four hours after reaching the voting floor, Liberate The Mystical Council had 5,080 votes in favour, and 727 against.  It is plausible that this raider trophy may end up with its own shiny plaque.

Resident Vedan had been wise to the possibility of a refound very early on:

“Do any of yall know of a bot I could use to take a bunch of screenshots of the regions RMB archives and then upload them somewhere? The main piece of historical value of the region is its accumulated RMB posts from throughout the years. If I could save that then that would be wonderful. It’s just so much has accumulated over time that doing so would require a lot of time.”

Luckily for Vedan, technical expert and member of defender organisation The Grey Wardens, Merni, had exactly such a tool.

This was the final raid of The Mystical Council, but it certainly was not the first.  It’s probable that some of the “old spirit” raiders had been there before—The Mystical Council had a history of being raided.  In the early days, founder Oakplumington gave executive powers to the delegacy.  This allowed tag raids by The Black Riders on 23 February 2015, a month later, and again a week after that.  Oakplumington was unconcerned though, posting via puppet Forestavia:

“I enjoy it though. I could just take away administrative powers but I think it’s more fun to interact with the raiders.”

Oakplumington / Forestavia kept this attitude, deliberately allowing the founder puppet to cease to exist (CTE) on occasion in the hope of attracting raids.  By June 2017, Forestavia was on trial in their own region “for inciting chaos and mess in the region for his own entertainment. […] he likes to put the region in a state of anarchy, while he sits back and laughs as turmoil unfolds.”

The anarchy wasn’t just due to deliberate CTEs.  Despite the effort the region made to develop sophisticated government and judicial systems,  Forestavia would create “chaos weeks”, where he gave “command and permission as the Emperor to a subordinate delegate to go around banning and suppressing people.”

Months after the court verdict, the topic was still a matter for heated discussion.  Forestavia asked:

“Can you explain to me why it is so important to keep Oak active?”

“To ward off any potential raiders.”

“You don’t think I could – I don’t know – simply bring Oak back to life if we would get raided?”

Sadly, Forestavia CTEd on 7 November 2021, and Oakplumington on 21 November.  Oak’s region has gone, but surely they would have been highly entertained to know that literally hundreds of people had been involved in this last episode in The Mystical Council’s saga.  It seems to be the type of chaos they enjoyed.

This article has been amended.

A correction was also made to note that Acythe was a puppet of Ray, and not Jay.