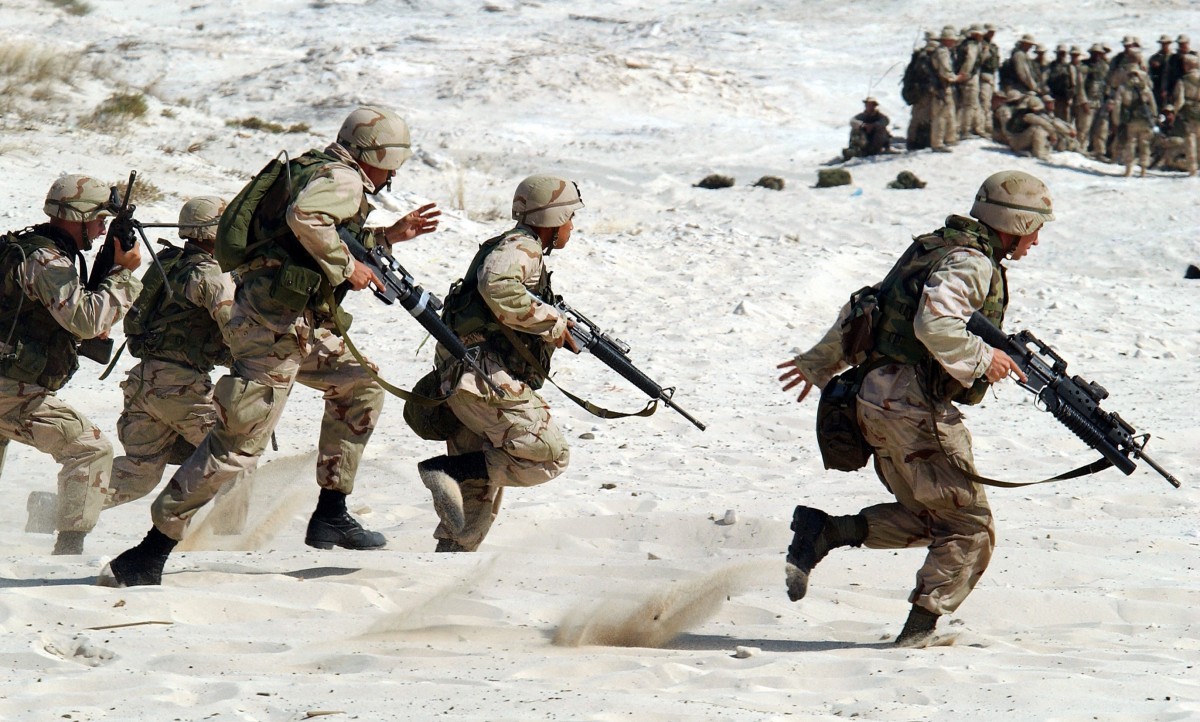 The Many Events of Mahakam

Mahakam is a region composed of about 40 nations. That might seem small, but, beneath the surface, this region is bursting to the seams with roleplay events and news.

In the past few years, a group known as the Alsterlect Society began a campaign to destabilize the Demirestadian State. This group had been founded by the remnants of the Alsterlect Society that ruled Tennenreich until the Stadian Conflicts, which is where their name comes from. The destabilization was done in complete secrecy, with agents being planted in  government positions, with help from donors outside of Demirestad’s borders. Their goal was to gradually destabilize the nation with Partisan upheaval, allowing the Society to perform a Coup, with the help of their supporters, and reform the Empire. This plan was aided by the growth of the SSKP (Storer Stadian Kommunisten Partien/Greater Stadian Communist Party) and the SNT (Stadian Nationalist Tacht/Stadian Supportist Front) in certain parts of the Demirestad.

Kalder Harren Salzerhove and the Kalder Elect Wessen Keitreiz were both assassinated on Inauguration Day,, by an unknown sniper who was a member of the Alsterlect Society. However, documents were forged in order to make him look as if he was a radical with connections to the SNT Leadership. An Interim Kalder was chosen soon after, named Hans Kadieren. Unknown to most of the nation, he was also a puppet of the Alsterlect. After the assassination, leaders of the SSKP met with the heads of the Comintern,  predicting that a Civil War was to break out in Demirestad due to what they described as “a rot inside that might bring the whole system down in our favor.” They made arrangements for Comintern support if revolution were to break out.

In the government, after an investigation of the assassination attempt,  it was agreed that it was a plot by the SNT, as a reaction to their candidate, Heiker Fraltenach, not being elected.  The entire leading council of the SNT was implicated with the crime, and most went into hiding to avoid arrest. The leader of the party, Tanner Weikmann, made the statement “I had no involvement in the attempt, the claims have been fabricated by the government in order to eliminate the party.” Other statements were also released by Weikmann relating to the repression of Fenstagers and SNT members in government, before he also went into hiding to avoid arrest. The SNT Party was also ejected from the Stadian Congress, due to the radical anti-government elements in their ranks.

These actions incited mass protests by the supporters of the SNT in the Hanve (province) of Fenstag, with riots starting in major cities in the region. This was also followed in suit by an act, rushed through the Stadian Congress by Kalder Kadieren, which shut down many of the Pro-SSKP Workers Unions in Demirestad. This ignited a frenzy of backlash from the SSKP Supporters in the Northern Hanves, especially in Weld and Stavnyr. Mass protests began in major cities across the Northern Hanves as well. Additionally, an announcement was sent out by the SSKP Party Leaders, which said “THE WORKERS RIGHTS ARE BEING TROD UPON BY A GOVERNMENT THAT HAS BECOME CORRUPT AND FALLOW!  RESIST!” The chaos grew even worse, as even members of the Police defected to the Rioting mobs. Cities like Fenstag and Polbruen were completely shut down due to protests, causing the government to give the Case Black Protocol Order. This is where martial law is declared, and all reserves are called up and put on standby.

In the midst of all this chaos however, an incident was brewing in the capital of Verdensk. Armored vehicles emblazoned with the KPT (Koglich Palizen Tacht/Royal Police Force) stormed the Government Offices, imprisoning or killing all opposition or those against the Coup, including all members of the Stadian Congress. They followed by declaring the reformation of the Empire of Tannenreich. Similar actions were taken in other major cities, with the exception of the cities enveloped by riots. After the Coup came a rapid destabilization of the country, with the Rioters from both the SNT and SSKP mobilizing into full revolutionary movements. The heads of each led a push to declare independence from the reformed Empire.  The coup caused a ripple effect. It was the nail in the coffin for stability in the region.

The Northern Communists declared independence and formed the United Socialist Welder States (though not the job), the Eastern Fascist Movement formed the highly nationalist and authoritarian Fenstager Reik and the original government (from before the Coup) reorganized in the Southwest, declaring the Second Republic of Demirestad. After that, the Pre-Coup Military fractured as well, with troops defecting to each of the sides or sticking with the new Empire. A handful of the HFT (Homeland Defense Forces) formed the Neo-Unificationist Movement, an homage to the Unificationist Revolutions that led to the formation of Demirestad, and began a guerilla campaign (Either in support of Fenstag, USWS or the Second Republic, but mostly for the Second Republic) throughout the Region. The stage was set for the revolution to get serious, and it did when the first rounds of gunfire of the revolution were fired at the Battle of Consen. Civil War had begun.

A push was started by the Second Republic to secure an area known as the Consen Pocket, however this was halted and reversed by Imperial Troops. The next battle was when the USWS pushed into the Brezner Pocket, where they encountered a small amount of Imperial Forces which were driven back in the Battle of Liechergraze.

Most recently, an Emergency Meeting was called by the Flakerian President Mikaa Koriot, involving a Diplomatic Team from the Second Republic, and a Diplomatic Team from Verdenburg. This was held in Parjhime, Flakery. During the meeting, methods to support the Second Republic were decided. These included a Program, known as the Republican International Brigade Program. This Program would allow volunteers from participating nations across the world to support the Second Republic, while also preventing nations from officially joining  the war, which would cause an outward escalation of conflicts. The program has already been activated in both Flakery and Niatico, with volunteers already coming from the Niaticoan Contingent in large numbers.

This concludes the civil war so far. Unfortunately, the war is still raging on, but a public spokesperson from Demirestad has said the following:

“Well no large bombing runs have occurred, there are Refugees trying to get out of Tannenreich to avoid repression.  Areas where battles have occurred like in Consen are pretty banged up due to artillery strikes. Civil Services are running again in areas that were Rioting due to the whole Popular Revolution thing done by the protesters. However the Empire is working tirelessly to repress opposition, which started with the killing of all the members of the Stadian Congress, then the mass killing of Protesters in Verdensk and Nanerheit.”

Discovery of a New Continent

Recently, Verdenburg has decided to send an expedition west. Before this expedition, it was thought that everything to the west was an empty ocean. However, after months of searching, the result of the expedition was the discovery of a new continent, which was named Bracari. After making contact with its people, the explorers learnt that it is made from four factions, all of which have medieval-level technology. With the arrival of this news in Mahakam, most  nations have decided to conduct their own expeditions to another new continent south of Bracari.

The Cost of Exploration

A group of Niatican explorers were exploring this new land when they hit a storm on the high seas. At first it was only small waves, but, as the waves got larger, a lightning storm erupted in the sky above. Their boats were not adapted to the gale force winds and some were even knocked off their boats with the strength of the waves. The explorers tried to turn back, but the waves were too strong. The rain was lashing down on their faces to the extent that they couldn’t see, and huge waves nearly brought down entire ships. However, with a lot of perseverance the crew outlasted the storm.

There were two factions splitting up Mahakam: The International Coalition, which was composed of mostly peaceful nations and democratic in its essence, and the World Union, which was war oriented and had more authoritarian values. While small conflicts arose, mostly caused by WU’s expansionist policies, the one with most impact was when Estallya, an imperialist nation with a dictatorship, as well as Strasserist, decided to start capturing and genociding natives after these natives attacked one of their overseas bases. This nearly sparked a war between IC and WU, but, due to negotiation, the genocides and camps the natives were sent to were stopped. This  de-escalated the tension, and the era of a cold war began.

However, another consequence of this conflict was the arising of a third faction: the Comintern. This consisted of one large Communist nation, which was split into three autonomous regions, and a small island (Island of Sivel), which initially belonged to an IC member, but revolted and became communist. The Comintern’s main objective was to enforce communism into other nations. These attitudes led to both the IC and WU to set their differences aside and plan an invasion on the island of Sivel, with the goal of liberating it from communism. The plan was successful, but, simultaneously, a civil war in one of  the WU’s nations also broke out. This civil war only strengthened the cooperation between the IC and WU. Both sides agreed that the status quo should be returned and the communists should be defeated. This infuriated the Comintern more, and it was enough to cause them to make plans to rallying IC members to its cause and declare a full scale war on WU. However, this never came to fruition, as the WU decided to pre-emptively strike them, while the IC became spectators. This was the beginning of WW1 in Mahakam, and led to the defeat of Comintern.

Mahakam is a vibrant region bursting with news and events. It was hard to pick just four out of the possible hundreds of events we could have written about. Mahakam also a Discord server, in case you want to look into more of these tales.

The Demirestadian civil war is still raging on and the World War ended in defeat for the Comintern. The new continent continues to be explored and claimed by the nations of Mahakam and the Niatican explorers are safe and well.