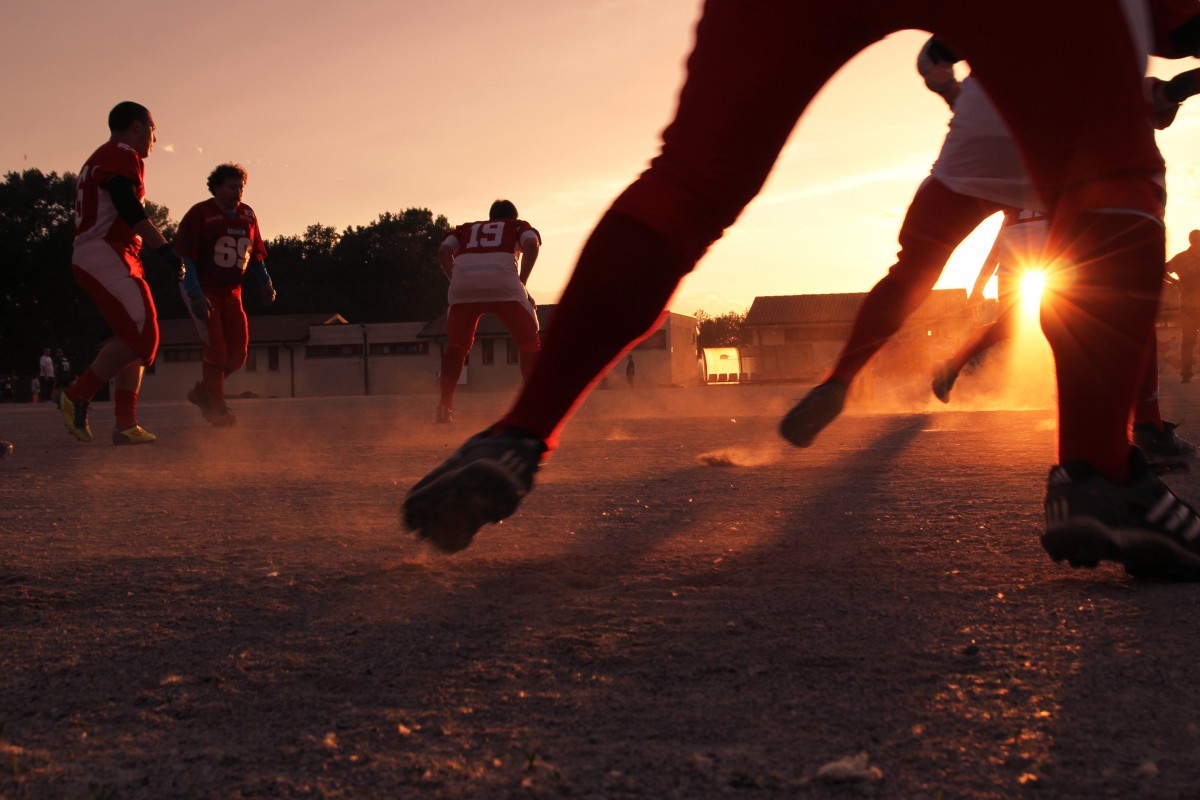 All statistics correct as of Saturday 26th January.

The Interregional Left Football Association (ILFA) is now approaching the end of their Premier Division’s first season, and the fight for the top spot remains wide open, with 7 teams still in contention to be the first ever ILFA Premier Division Champions.

On Matchday 12 (January 17th), Nottinhaps would take on Soviet Micronesia in a match that looked to set the stage for the run-in. If the Redfoots won, they’d claim 1st on goal difference once again, creating a 2-nation fight for dominance. If the Four-Stars won, they’d extend their lead to 6 points with just 6 games to be played, putting them in prime position to claim the title. However, the resulting 2-2 draw, paired with Bakhare’s 2-1 win over Heisa, would place serious pressure on the league leaders. The pressure would show in dramatic fashion on Matchday 13 (January 20th) as Soviet Micronesia and Nottinhaps would lose to Ovskiland and Teashire respectively. Bakare would defeat Kavagrad 1-0, overtaking the Redfoots and sitting just 1 point below the Four-Stars, who were not scheduled to play on Matchday 14 (January 22nd). When Bakhare proceeded to win 1-0 against the Red and Golds of Llorens, they finally dethroned Soviet Micronesia. Meanwhile, Nottinhaps could only draw 0-0 with Yereha, allowing North American Republics to sit alongside Soviet Micronesia and claim 3rd place, just 2 points from the top.

However, Matchday 15 (January 24th) shocked the nations that had dominated the league thus far. Morvan, who had consistently lingered near the bottom of the table, stunned the league with a 3-0 drubbing of league leaders Bakhare, whilst Nottinhaps were hit with a 2-0 giant-killing of their own at the hands of Gregoria. With the perfect opportunity to take 1st for themselves, both Soviet Micronesia and North American Republics could only manage draws against Teashire and Asturies-Llión respectively, bringing them within a single point of the top. Bakhare would punish their challengers’ failure to capitalise on Matchday 16 (January 25th) with a 2-1 win over North American Republics that extended their lead to 4 points after Soviet Micronesia lost 6-4 in a thrilling game against Yereha. Nottinhaps also used the opportunity to reclaim 3rd place on goal difference with a 2-1 win over Asturies-Llión. Bakhare drew 0-0 with Nottinhaps on Matchday 17 (January 26th), allowing Soviet Micronesia to once again claw the gap back to just 2 points with a 4-1 victory over Gregoria.

Only 2 Matchdays remain this season, including a final-day clash between Bakhare and Soviet Micronesia which may decide the league title. However, that won’t be the end of the ILFA’s season in its entirety, as the ILFA has announced the creation of the Copa de Atealia, named for The Leftist Assembly’s inaugural Secretary, Atealia, which will be contested by the top 4 teams in the Premier Division at the end of the season. Alongside this, the ILFA have also announced the creation of the Entrant’s Cup, which will be competed for by the nations entering the ILFA at the beginning of the second season. With the ILFA aiming to fill the Premier Division with 20 teams next season and to create a Second Division, we can exclusively reveal that the winner of the first edition of the Entrant’s Cup will, if entry numbers allow, be given the 20th spot in the Premier Division.

With the stage set for an exciting and dramatic finale to the ILFA’s first season, fans of football around the world are looking forward to what comes next.

Kavagrad has been present in NS on-and-off under various names since 2012, and has resided in The Leftist Assembly since late 2017. He has previously served there as Secretary, Minister of Recruitment, and Speaker of the General Assembly. He currently serves as a Member of the General Assembly and, outside of regional politics, is the President of the Interregional Left Football Association (ILFA).