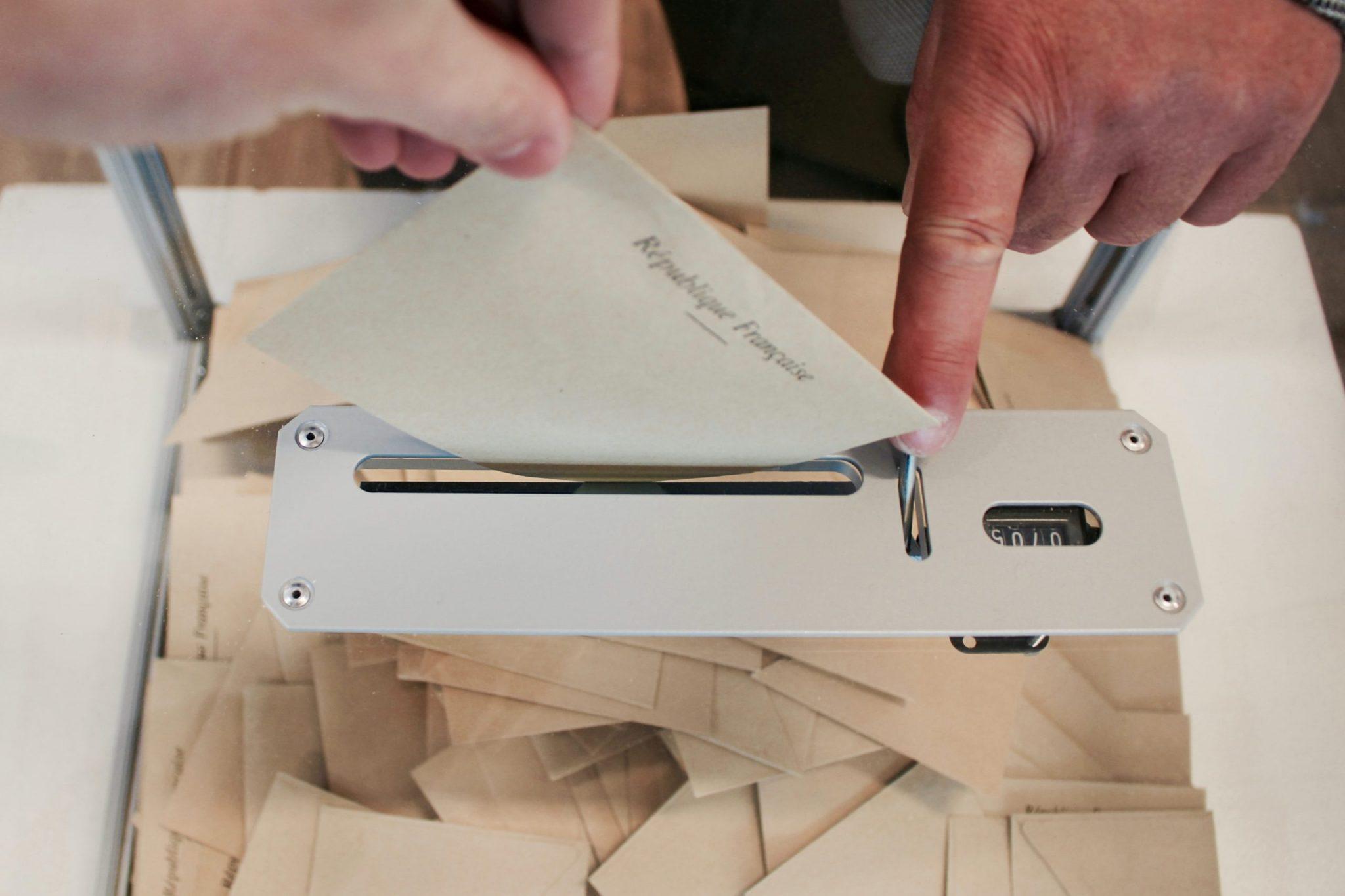 Prydania Elected as New Delegate of The North Pacific

The North Pacific elected a new Delegate, Vice Delegate, and Speaker on Monday, May 11, with 12 candidates vying for the three leadership positions. While Artemis and St George were elected convincingly as Vice Delegate and Speaker respectively, Prydania emerged victorious as Delegate in the second round after the distribution of preferences.

The incumbent, McMasterdonia, who had served as Delegate of the largest region in NationStates for two terms over eight months, vacated their post due to constitutional term limits, leaving their post wide open to a new challenger. Six candidates decided to enter the race — Prydania, Mall, Yuno, Rocketdog, Praetor, and Gorundu.

Prydania, who previously served as the Minister of Culture and Deputy Speaker at separate times, emphasised their record in creating “a stronger sense of community” in their work as lead roleplay moderator, as well as “a measured approach” to leadership. They promised to host more events and game nights, push more roleplay-centric content in the Ministry of Radio, re-engage with their World Assembly Legislative League (WALL) regional partners, and bridge the divide between the RMB and forum sections of the region.

Mall ran a joke campaign with the slogan of “let’s make things worse,” claiming they would invite every raider organisation into the region to endorse them and alluding of “the coming purge” where they would banject as many nations as possible at the conclusion of their term.

Yuno, who served as Delegate of The East Pacific from October 2017 to October 2018, ran with a fairly brief platform, promising to “send daily telegrams advertising ministries, games (especially free games) and lesson resources.”

Rocketdog, a former Minister of Home Affairs, Communications, and Foreign Affairs, promised to “use cards as a reward in multiple collaborative programs,” more social games on the Discord server, and detailed tutorials for executive ministries including Foreign Affairs and Home Affairs.

Praetor, who spearheaded the effort to build up the Card Guild of The North Pacific as its first Guildmaster, advocated for the need to reduce executive staff application waiting times, more “social deduction games” to engage the broader community, and a higher quality of content published by The Northern Light, the regional newspaper.

Minister of World Assembly Affairs and former Speaker Gorundu promoted their experience as a leader and staff member in all of the executive ministries, pledging to push recruitment of executive staff, make more use of the region’s onsite Gameplay forum thread, engage further with the RMB community, and to slim down the Ambassador Corps given “gaps in ambassador numbers.”

A live text debate on the regional Discord server was held on May 4, with voting opening the following day. After one week at the polls, voting was closed and the ballots were counted. In the first round, Prydania fell just short of a majority with 48.9% of the vote, followed by Praetor on 30.9%, Gorundu on 9.4% and Yuno on 6.5%, with Mall and Rocketdog eliminated with just 2.2% each. In the second round, four out of six distributed votes went to Yuno, pushing them into a tied third place with Gorundu, while Prydania picked up the remaining two to attain a majority on 50.4% of the vote.

Artemis had previously served as Vice Delegate for 12 months until the January 2020 general election, where Robespierre ousted them by just 6 votes. After Robespierre resigned in March, a special election was held to fill the vacancy, which concluded on April 3 and saw Artemis capture 53.4% of the primary vote to return to the position.

The incumbent, who entered as the strong favourite to retain their seat, faced three opponents — Filiposgov, Lady Raven Wing, and Tinfect.

Artemis presented a three-point program that was largely similar to their campaign in the April special election — improving the frequency of mass endorsing, known as ‘endotarting’, by members of the regional Security Council, providing weekly updates to the region, and regaining the first place rank in average World Assembly endorsements, having recently fallen to fourth behind Europe, Conch Kingdom, and The Leftist Assembly.

Filiposgov, a new nation to the region, ran on a generic platform to help others be more involved in the community and “ensure the greatness of this region.” They did not answer follow-up questions on their platform requesting more detail.

Lady Raven Wing, who currently serves as an Associate Justice, staked their campaign as a counterpart to the joke candidacy of Mall in the Delegate race. Some of their promises including ensuring that “all citizenship applications will be denied and tossed to the Regional Assembly on the basis that everyone is a potential security threat” and that “all Security Council votes shall be extended indefinitely by my discretion.”

Tinfect, who has authored multiple General Assembly resolutions and was condemned by the World Assembly’s Security Council in February of this year for roleplay reasons, did not publish a platform on the designated election campaigning forum.

Artemis won the election in a landslide, picking up 87.7% of first preferences, with Lady Raven Wing the next closest candidate on just 7.7%, followed by Filiposgov on 3.1% and Tinfect on 1.5%.

Deropia, who did not stand for re-election for the position of Speaker due to inactivity, left the role vacant – St George and Highton accepted their nominations, vying for the job that serves as the leader of The North Pacific’s legislative body, the Regional Assembly.

St George had previously run for Delegate in January 2019, picking up 36.4% of the primary vote, but falling short of Pallaith. However, in this election, their success was effectively guaranteed as Highton only entered the race because, as their campaign slogan suggested, “it ain’t an election if there’s only one candidate.”

St George’s platform identified a trend of chronic inactivity among the leadership of the legislative branch. They claimed that “making sure the work gets done, increasing the speed of the checks and ensuring the team around the Speaker is at its best at all times” would be their primary aims if elected. They also promised to redefine the role of Speaker to emphasise its position as a proper scrutiniser of government appointments and bills, holding themselves “to the highest possible standards of behaviour.”

Similarly to Artemis, St George also won their election in a convincing first-round performance, commanding 82.3% of the vote, while Highton lagged behind on just 17.7%.

Delegate-Elect Prydania issued a string of appointments in their inauguration address shortly after the results of the election were announced. Of the seven ministers, only Dreadton was re-appointed to their office as Minister of Radio, with a new Chief of Staff and six new ministers joining the executive branch.

In an exclusive statement to NationStates Today, Prydania commented on their election and plans for the future of The North Pacific, saying, “I’m honoured to have been elected Delegate of TNP. The trust the region has shown me to see my vision through is incredible. And that vision is to build on TNP as a true community.”

Referencing another focus of their campaign, they also promised “to defend TNP’s sovereignty aggressively against regions that would threaten or diminish it” in light of the failed year-long infiltration by the Confederation of Corrupt Dictators that fell apart in January this year.

Corrections
Several minor corrections were made shortly after publication, including change a reference from ‘Vice Speaker’ to ‘Deputy Speaker’, clarifying that Deropia did not run again due to inactivity rather than a deliberate decision, and that McMasterdonia has since replaced Cosmosplosion as Minister of World Assembly Affairs.