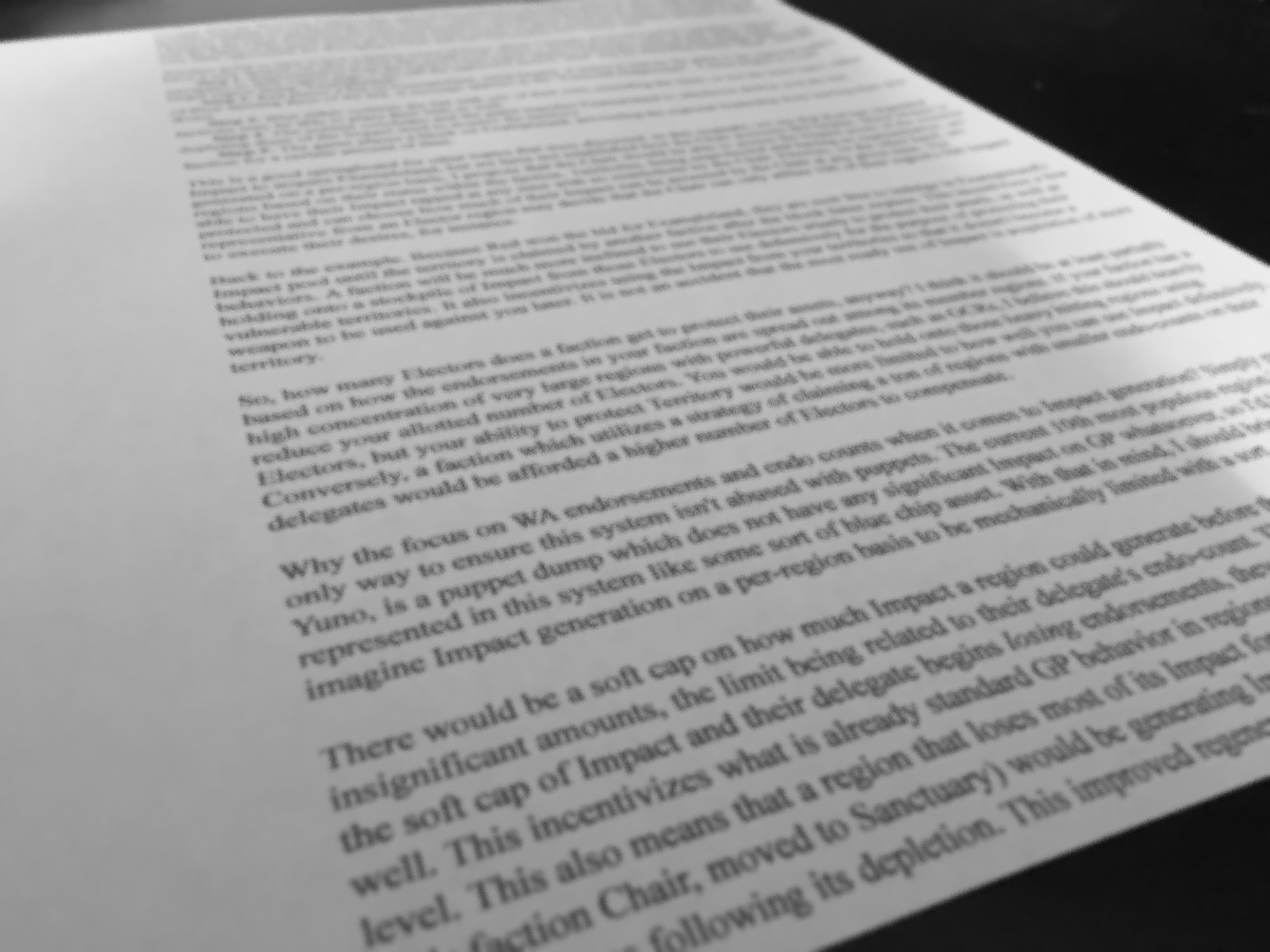 Max Barry hasn’t taken it — yet. But forum administrator and game moderator Reploid Productions, a familiar and constant face of NationStates’ moderation team on the forums, has delivered a pointed approval of the idea on behalf of her colleagues.

The proposal, originally proposed last November by Koth, offers “factions” as a new gameplay dynamic. Factions, similar to the system of the online political simulation Politics and War, are “entities that will be comprised of Regions like Regions are comprised of Nations,” according to the thread in the NationStates Technical forum.

When we first reported on the faction proposal just days ago, Koth’s ambitious plan was just regaining consideration among forum-goers. The newfound attention came after Koth “bumped” the thread by fleshing out the finer details of his proposal, including by providing screenshots of a mock faction. However, this is not to suggest that the proposal was dead in the water beforehand, rather far from it — the topic has been a hot center of discussion on the NationStates Gameplay Discord server for many months. A few days after the proposal’s forum revival, Reploid Productions — whose voice is considered the authoritative opinion of the moderation team — provided a serious endorsement of the bold proposal, saying “We just need a chance to corner [violet] into taking a serious look at this one- at least a few of the mod team thinks it’s got some serious merit and would probably be worth the techie time to figure out.”

While the confirmation that Reploid Productions and several other members of the NS moderation team fancy the idea of faction gameplay, the timeframe of any possible implementation of Koth’s proposal — or if it will be implemented in the first place — is unclear. Such a game-changing (literally) proposal would require significant technical work behind the scenes. Some individuals close to the proposal feel that such an undertaking could take up to a year to implement into the core gameplay loop.

As of the publication of this article, no additional members of the moderation or administration team has given their endorsement of the proposal.