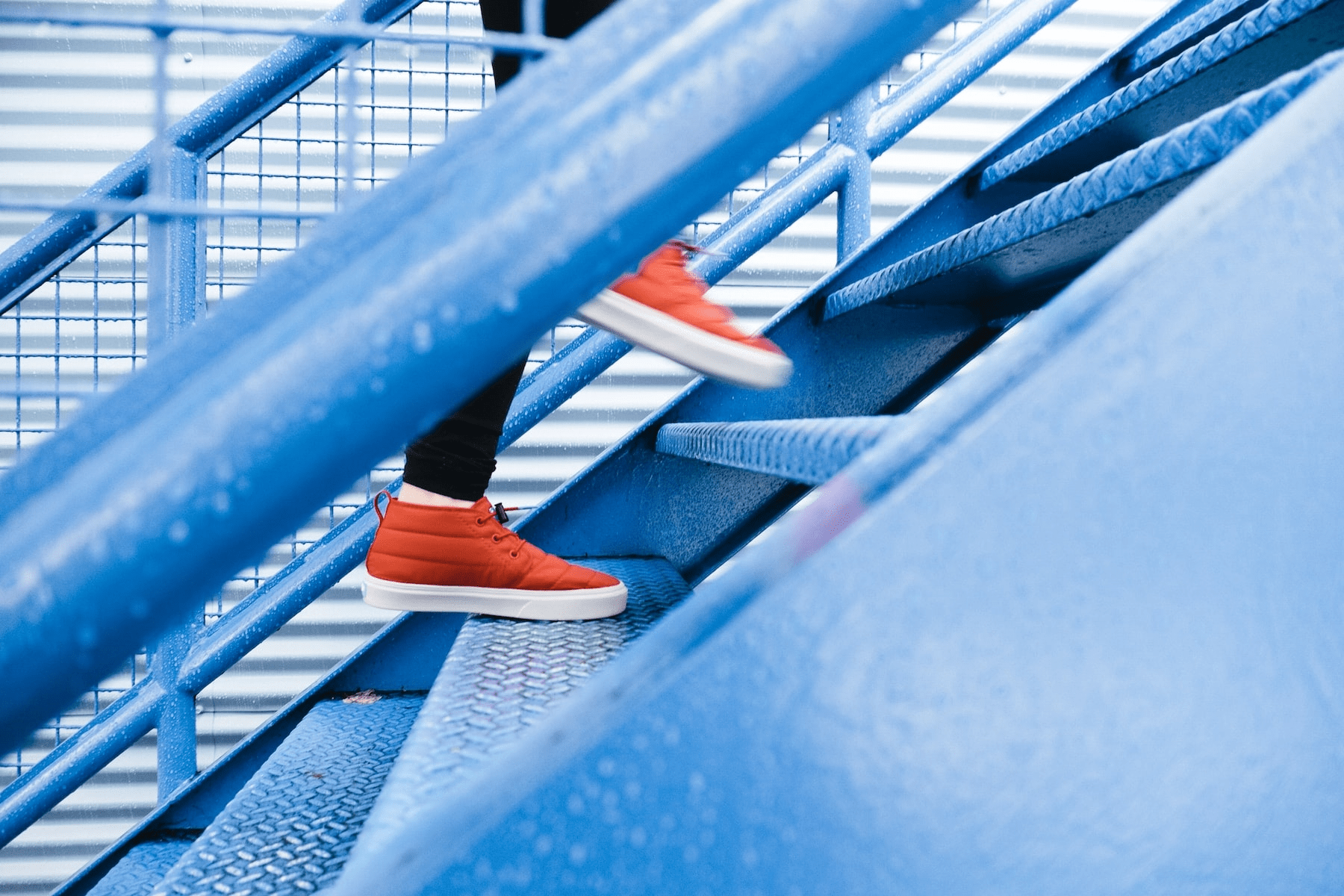 Then-incumbent Vice President of Europeia, Pichtonia, was overwhelmingly elected President last Saturday, succeeding his former boss President Peeps. An experienced bureaucrat in Europeia, Pichtonia has previously served as both First Minister and Chief of State, which were the leaders of the domestic and external affairs ministries during Europeia’s split executive period respectively.

Pichtonia’s running mate was Minister of Foreign Affairs Kuramia, a former President in her own right. The pair defeated Culture Minister Calvin Coolidge and his running mate Radio Minister Sopo in an overwhelming victory with 71.7% of the vote. However, this was a far different election than most Europeians were expecting, after the incumbent Attorney General Darkslayer was forced to drop out of the race due to real-life concerns.

Expectations and Surprises In First Days

At least a month before standing opened, Attorney General Darkslayer strongly hinted that he would be running for President. However, the incumbent President, Peeps, did not provide many signals during his term about whether he would seek re-election, even suggesting he was leaning against running for re-election around the midpoint of his term. Roughly two weeks before the election, Peeps officially announced that he would not seek a second term.

Vice President Pichtonia was therefore seen as a likely contender in the election since he was widely regarded as being covetous of the role. While standing for presidential tickets opened on November 30, it was not until December 3 that Pichtonia stood alongside his running mate Kuramia, with Darkslayer and his running mate Calvin Coolidge standing shortly after.

The two platforms posted by the campaigns were considered to be broadly similar, although some key differences were clear. The Pichtonia/Kuramia ticket strongly emphasised their experience, both having previously served as head of state and head of government (Pichtonia as First Minister and Chief of State, Kuramia as President and Chief of State), and focused more on smaller goals and changes to different Ministries.

The Darkslayer/Calvin Coolidge ticket strongly emphasised their vision for multiple radio guides for different areas of Europeia, with a proposed guide in every Ministry barring Foreign Affairs and Justice.

The first opinion poll, which was released before both platforms had been published, found a tight race between the two campaigns, with the Pichtonia ticket edging out the Darkslayer ticket, 44.8% to 41.4% with 13.8% undecided.

This close election, however, was cut short when Darkslayer announced that he would be ending his campaign due to real-life concerns. He stated that it was “a privilege to be able to partake in this election” and that “being able to run with Calvin has been one of the best parts of my career in Europeia.”

With the Darkslayer/Calvin Coolidge ticket no longer in the election, and the vast experience of their opponents meaning almost certain victory, it looked very likely that the race would have no serious competition. However, just a day after Darkslayer’s announcement, his running mate, Calvin Coolidge, decided to stand for President alongside Radio Minister Sopo.

Both former multiple-term Presidents, and both generally well-regarded Europeans, they instantly made the race competitive, and were seen as legitimate contenders with a real chance of an upset win. Their platform was largely similar to that of its spiritual predecessor, with the most obvious difference being a reduction in the number of proposed video guides, only convering the Interior Ministry, the Radio Ministry, and the Europeian Republican Navy.

Both campaigns soon went into full campaign mode, with each hosting a live town hall on radio answering questions from listeners. The Calvin Coolidge/Sopo ticket hosted their town hall on December 6, followed by Pichtonia and Kuramia the next day. All four candidates are familiar voices on EBC Radio, and both campaigns received positive feedback regarding their performance on-air. Poll results released in between the two town halls found a relatively close race, with the Pichtonia/Kuramia ticket on 57% and the Calvin Coolidge/Sopo ticket on 40%.

On December 8, a text-based presidential debate between Pichtonia and Calvin Coolidge was held, with both candidates being asked a set of the same questions before moving onto specific questions about their own campaigns. While both candidates were considered to have done well, it was generally regarded that Calvin Coolidge slightly outperformed Pichtonia, being more assertive, while Pichtonia was often on the defensive and appeared to avoid direct confrontation. Media guru HEM rated Pichtonia’s performance as a B-, with Calvin Coolidge rated an A-. A post debate poll found 61.1% of respondents felt Calvin Coolidge won the debate, with just 16.7% saying Pichtonia won, while 22.2% thought it was an even match.

The text-based vice-presidential debate was held just a day later and was considered to be a far closer affair. HEM, alongside guest Kazaman, scored Sopo as the winner of the debate with a score of 95/120, while Kuramia was scored 85/120. The same post-debate poll found Sopo to be the winner of the vice-presidential debate, although not by as much of a margin, with 38.9% saying Sopo won, 27.8% saying Kuramia was the winner, and 33.3% saying they felt it was an even match.

Despite the Calvin Coolidge/Sopo ticket having won both debates, the final poll of the election found a dead heat between the two tickets with both on 50%. While this was a tightening of the race compared to the previous poll, the final poll saw twelve fewer respondents than the previous one, raising questions about the reliability of its findings due to the low sample size.

An Upset Landslide and Cabinet Controversy

Voting opened on December 11 and closed one day later with a total of 60 votes cast, representing a turnout of 63.1%. In the end, Pichtonia and Kuramia won overwhelmingly with 71.7% of the vote to Calvin Coolidge and Sopo’s 28.3%.

In his first address to the region as President, Pichtonia awarded his predecessor, Peeps, the Order of Dedication, an award given to citizens seen to have gone above and beyond the normal calls of government service, “for his tireless, energetic service to our region and its government.” President Pichtonia also presented his Cabinet nominees to the Senate, who have since been confirmed after some controversy surrounding some of the nominees.

While the dust has now settled on the Presidential election, and the following confirmation battles, Europeians don’t have to wait long until they are at the polls again.

There were some concerns raised about President Pichtonia’s selection of SkyGreen24, Lime, Kazaman, and Vor for their respective portfolios.

SkyGreen24’s experience and activity in the Ministry of Communications was questioned by some, with it being pointed out that he had only written one article for the Europeian Broadcasting Corporation, which is run by the Ministry. SkyGreen24 argued that his experience as Minister of World Assembly Affairs in the previous two terms gave him the necessary experience to lead the Communications Ministry.

The selection of Lime for Minister of Culture was criticised by some, being perceived as an older member being placed into a role where a newer member could have been placed instead. Others also raised concerns about Lime simultaneously serving as Minister of Culture and Speaker of the Senate. Lime argued that he was experienced for the job and that he was able to manage the Speakership while also serving as a Minister.

The choice of Kazaman for Grand Admiral raised some concerns over his military views, and if they were compatible with the region’s independent stance. It was suggested that, while Kazaman was more than qualified for the role, his views may have been disqualifying for the position of Grand Admiral. Kazaman argued that his views were perfectly compatible with independence, and that it was the President who set military objectives and views, while the Grand Admiral simply executes those objectives and viewpoints.

Vor was perhaps the most criticised pick, and appeared the most likely not to be confirmed by the Senate. Concerns were raised about how active Vor had been in the Interior Ministry during previous terms, and just how experienced he was for the role. While Vor conceded that he had not been recently active in the Ministry, he argued that he did have sufficient experience and was capable of leading the Ministry.

President Pichtonia defended his nomination of Vor, telling Senators that “I want and need Vor to implement my Interior policy for the next term, specifically Integration, which I trust him with wholeheartedly.” In the end, all nominees were confirmed by the Senate with only Vor receiving a Nay vote.

While the dust has now settled on the Presidential election, and the following confirmation battles, Europeians don’t have to wait long until they are at the polls again. The Senate has now passed its midpoint, and elections to the 77th Senate will open in just under four weeks.

Disclaimer
Lime is the Speaker of the Europeian Senate, and was nominated and confirmed as President Pichtonia’s Minister of Culture. He endorsed Pichtonia during the last day of campaigning, but ran alongside Calvin Coolidge and against Pichtonia in the previous election.