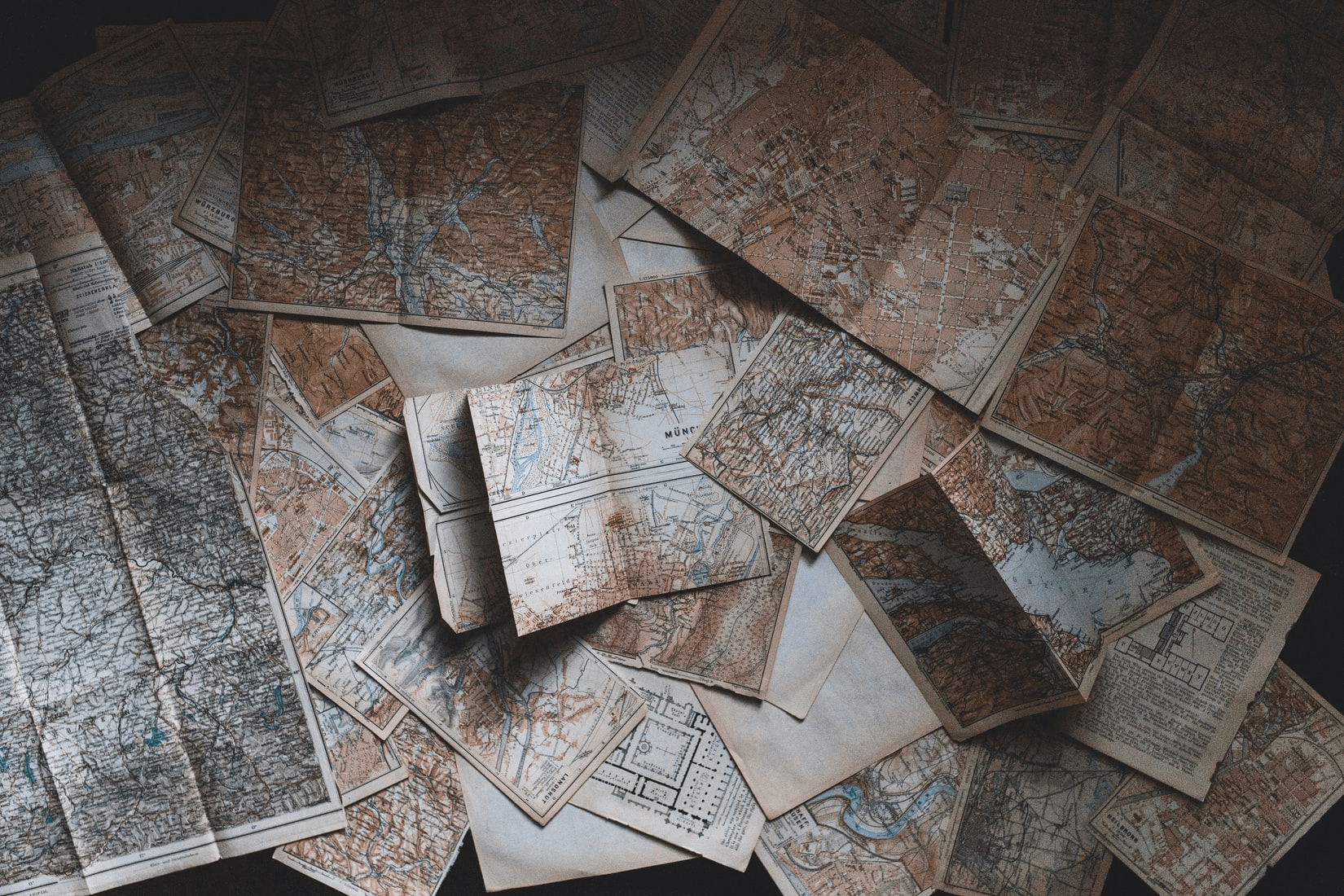 In 2015, I founded a new region: Tiandi. I had already been worldbuilding and roleplaying on NationStates for six years, but Tiandi was different. I founded it to be a concept-centered project founded in the idea that East Asians came to dominate the world rather than Europeans.

It’s a region in which ‘globalization’ means ‘Easternization’ (or, as we call it, ‘centrization’) and ‘universal values’ denote ‘Eastern values’. It is unique among worldbuilding and roleplay regions in that it is one of the only, if not the only, regions with such a premise of non-Western dominance.

Tiandi is still prospering today, and continues to explore the complexities of its premise. But the lessons I have learned through the process of building a world where non-Western cultures came to dominate I hope can be inspirational to other players. I will be heavily drawing on examples from my own experiences running Tiandi for the past 4+ years.

The Importance of Maps

A map is a necessity for most roleplay regions, if only to establish a spatial relationship between players’ nations. However, what people often do not realize (or do not care for) is that geography is also immensely important for the purposes of ensuring a cohesive regional history and lore. A map must actually suit the needs of the worldbuilding project and region.

Many NationStates regional maps are clearly just modifications of Earth — though all generally make the same alterations of a much larger Europe-equivalent and a significantly smaller Africa-equivalent. Certain things stay the same, such as there being wide oceans which separate their Afro-Eurasia from their Americas (in which only settler states exist).

This model generally works out well for most regions, as NationStates players overwhelmingly play Western nations, with minimal interest in other parts of the world and places like sub-Saharan Africa in particular. I do not mean to rag on these other regions; Tiandi itself is not so different from Earth in terms of geography. However, here are a few examples to show what I mean.

In essence, your map needs to suit the needs of what you want for your worldbuilding project and region. Tiandi’s map was made to suit both its out-of-character and in-character needs as an East Asian-dominated region.

Our East Asian area, Sinju, is placed at the upper center of the map to show that it is the ‘center of the world’. Our European area is intentionally placed on the margins of the map. This reflects the tradition of most world maps in the real world: Western-produced maps are centered on Europe, while world maps in East Asia tend to be centered on that region and the Pacific. For example, here is what comes up on Google if you search up ‘world map’ in Chinese:

Placing our ‘East Asia’ at the center of our maps enforces similar thoughts among the in-character people living in Tiandi, who naturally think of Sinju as the heart of the world. Furthermore, I wanted to align with the traditional idea of real-life China as the ‘Middle Kingdom’ and the center of the world.

However, there are also intentional aspects of our map that affect the way the world works in-character that are not only psychological or cultural. Unlike Earth — or many roleplay regions — there is no real separation of the world into hemispheres.

For example, our ‘North America’ is connected to our ‘Afro-Eurasia’. This difference leads to huge ramifications: civilizations in our North America are necessarily much more advanced, with access to large domesticated mammals and, essentially, immunity to any widespread settler colonialism. However, I have also left certain parts of the world more isolated for those who do want to play settler colonies.

For regions that do have a large separation between continents, it is important to remember that there still needs to be a way for humans to have originally arrived at these different continents. If there are massive oceans separating different continents without an equivalent of the real-life Beringia, then human migration to all parts of the world would not be possible until recently.

My previous region, Lucerna, pioneered the ‘cultural map’ in early 2012, which is now a commonly-used tool in roleplay regions. This is essentially a world map that lays out which real-life cultures map out onto which areas of the regional geography.

While it may seem a little restrictive, having a cultural map is important for maintaining canonical cohesion by ensuring that you do not have the same culture and language organically springing up independently in several different locations thousands of miles away from each other. Tiandi has a cultural map, though different cultural regions are not colored in and have only large text over them to show that these labels are fairly loose.

A non-Western-dominant setting requires a wholesale reevaluation of culture, norms, and institutions. What would have happened or been created in our world regardless of who was on top, and what developments are only due to Western influence? There are a number of things that Tiandi has determined fall into the latter category and, therefore, decided to change due to Europeans being uninfluential in the regional canon.

There are some obvious superficial changes. Our leaders would not wear ties, English would not be the global lingua franca, no country outside of our European area would use the Latin alphabet, French food would not be considered haute cuisine, and the like.

However, there are other, less obvious questions as well. How would ideas of statehood and sovereignty work? Would polities be defined by fixed borders such as in classical Chinese and European modes of statehood, by the center such as the mandala model in Southeast Asia, or by control over peoples rather than territory in many early agricultural societies? Would any advanced state naturally come to be defined by fixed borders?

How would ideas of religious freedom and separation of church and state have evolved in a society in which religion was not as central as it was in Europe? Was the development of Westphalian sovereignty and equality between states inevitable? If not, what made it happen?

How would your new dominant cultural region be different as it became wealthy and then the first to industrialize? How would old ideas and institutions evolve as they adapted to the ever-shifting nature and constant creation and destruction that came with industrialization and capitalism?

In Tiandi, I have decided to have the concept of voting develop in my nation as an evolution of East Asia’s civil service examination system. Our United Nations has roots in the Chinese tributary system. In Tiandi, all Abrahamic religions are seen as different sects of one another.

What may be more exciting, however, is the impact of a new cultural region being dominant on other parts of the world. Ideas surrounding race and culture would completely shift. The new dominant cultural region would be the metropole and the rest of the world the periphery. In Tiandi, there are no Latin American nations, as no European nations ever colonized.

However, the combination of modern society and Korean colonization of our Mesoamerica leads to the development of bulgogi and galbi burritos known in-character as ‘yamilssam’. Our Hawaiians use Hangul. Our Greeks and other minorities within our Manchu sphere of influence have adopted many aspects of Manchu culture.

It is also important to realize that many things in the real world that seem ancient or extant since time immemorial are in fact modern adaptations to Western influence. These include things like the separation of Shinto from Buddhism, the creation of a new State Shinto in late 19th-century Japan, and the artificial creation of gendered pronouns in East Asian languages to copy the presence of gender in European languages.

Engaging in worldbuilding undoubtedly requires great prior knowledge on how the world works as well as a good degree of research. I have found that, apart from Wikipedia, there are numerous databases such as JSTOR that are an immense source of help when worldbuilding. They provide a lot of detailed information, particularly on lesser-known cultures. Books are a great way to obtain more information as well.

Of course, handwaving is also necessary at times. Should I care about geography to the point where I need to recreate the exact conditions for life on Earth or for human evolution? What if I can only find pictures of leaders wearing Western-style clothing? I’m not a music major; how do I know how music and anthems would have evolved?

Would there even be national anthems? (Regardless, you’re unlikely to find a national anthem like what you want on YouTube.) Do I have enough free time or care enough to do deep research into the philosophy of the new dominant regional culture? It all depends on what you want, how detailed you want things to be, and what exactly the purpose of your project is.

Worldbuilding in a non-Western-dominated setting is rewarding yet challenging. You worldbuild and roleplay in a setting much different from the real world, which can be a fresh relief from the many regions that seem to operate on the principle of ‘what if Earth was just one big Europe plus a Japan-inspired nation’.

By learning more about alternative, non-Western systems and concepts, and exploring how they could have evolved, you learn significantly more about why things are the way they are in our own Western world. I would personally love to see regions like Tiandi but with dominant Mesoamericans, South Asians, or West Africans.

Any worldbuilder diving into such a project would never find themselves without something to think about. They would enrich not only their roleplay experience, but their understanding of real-life society as well.

There are so many alternative perspectives on the world just waiting out there for us to explore in all their complexity. I encourage worldbuilders and roleplayers — novice, experienced, and everything in between — to think about how they can question the Western-dominated traditional assumptions of worldbuilding. Consider taking the road less travelled.

This article was adapted from a lecture given by Arumdaum at UCR Con 2.