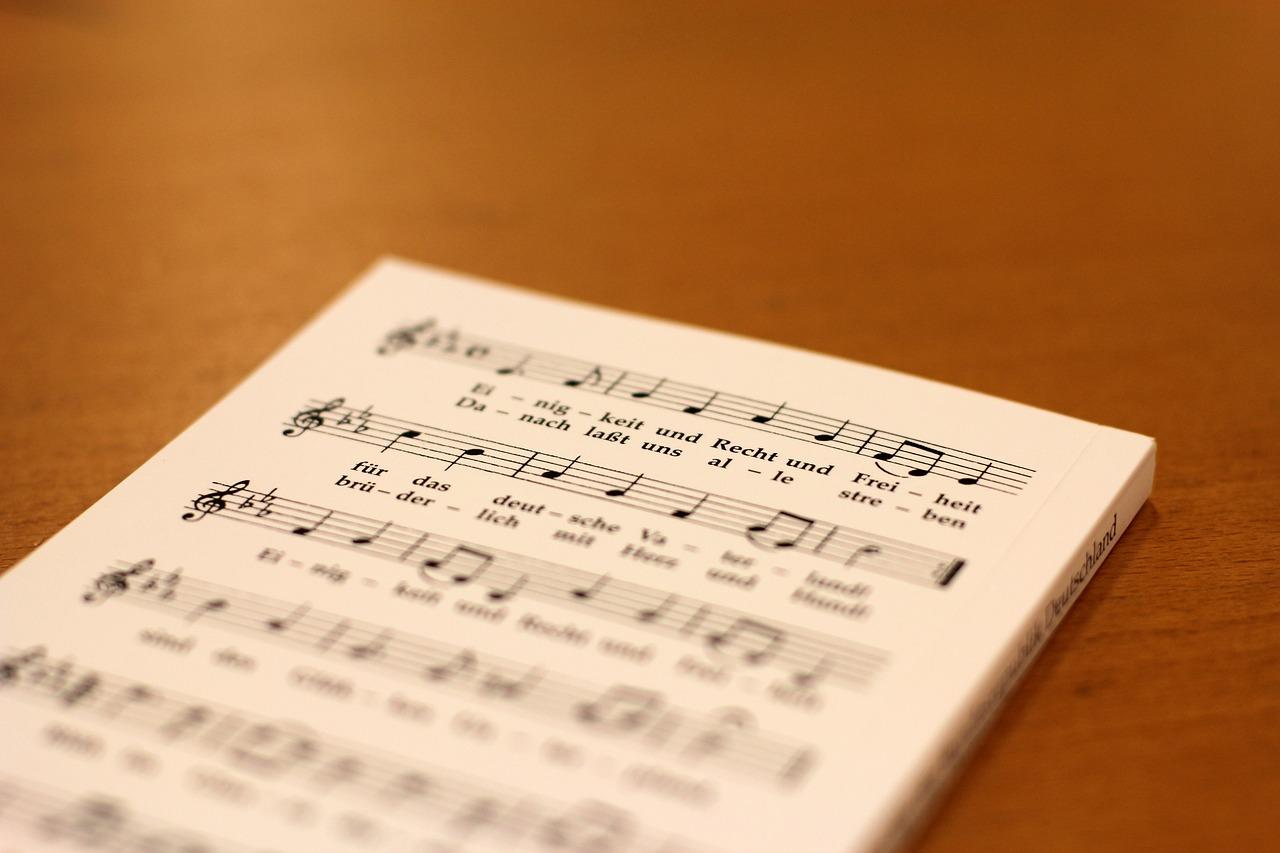 How to Create a Regional Anthem that Represents Your Community

Every region has a flag, a founder and a World Factbook Entry – but not everyone has an anthem. Having a piece of music that represents your community is a wonderful addition to any region that just adds that extra little bit of depth to it.

However, when I do spot the occasional anthem in a region, it is usually just an existing tune that was repurposed; an example would be ‘The Internationale’ for leftist regions. This is absolutely fine but, to me, composing a custom tune truly shows how creative your community really is. Please keep in mind I have no higher music education, so this is just a personal set of ideas I’ve gathered and developed while working on my own little projects.

Before you even start putting notes together, think about what your region actually is. Is it peaceful? Which aspects should the anthem represent? Does it have a certain culture you want to express? All these questions will, ultimately, determine the general sound of your tune; for example, an environmentalist community may wish for slower, more solemn melodies while raiders could want faster, military-like songs. However, all national anthems are, with basically no exception, written in a major key.

You can, of course, deviate from the real-life standard, however. For example, using a harmonic minor scale gives the music an oriental sound, which makes a huge difference for the character of the piece.

I will briefly address two main types of anthems – the ‘glorious’ and the ‘fighting’ – and also take a look at some other varieties. In real life, those first two are by far the most prevalent national songs.

Prominent examples for the ‘glorious’ type are the national anthem of the former Soviet Union and the United Kingdom’s ‘God Save the Queen’ – we’ll come back to that second one in just a minute. If you choose to compose this type, stick with a slower tempo of about 70 to 90 beats per minute (BPM); this will help with giving it a more majestic sound. Another thing to consider is, of course, the most recognizable part of the song: the melody itself. A good melody is expressive which necessarily means movement. Notice how ‘God Save the Queen’, even at its emotional climax, barely spans 3 notes (f-e-d-e) in a monotonous descending motion?

The rest of the song isn’t much better, either, save for a few exceptions. To me, this feels boring and not particularly inspiring in any way; what you should be aiming for is a melody that moves and that stands for something on its own, even without lyrics. Of course, you can repeat notes multiple times, but it should not make the overall tune unexciting.

Let’s Go, Children of the Fatherland!

The ‘fighting’ anthem category, which is more militaristic and uplifting, includes one of my favourite anthems of all time, France’s ‘La Marseillaise’.

The first thing to notice is that the time signature reads alla marcia, which is Italian for ‘in the style of a march’ or, more accurately, ‘to the march’. Military, and in this case revolutionary, anthems are usually around 100 to 120 BPM, making them fairly quick; especially for military-themed songs, it’s important that the tempo matches marching speed. The next thing we come across is the f letter above the first note. F stands for ‘forte’ which means ‘loud’. This, of course, does not mean that your piece has to shatter the neighbour’s windows, but it should not be too calm either.

And now we get to what probably interests composers the most: the melody. The combination of a quickly ascending, powerful d-g-a-d melody at the beginning and plenty of motion in the following bars coupled with the rousing lyrics – “Let’s go, children of the fatherland!” – makes for, in my opinion, one of the best openers of a song out there; it also outspans the entire range of ‘God Save The Queen’ (six notes) within the first three bars.

In general, you’re a little freer with the melody in this style of anthem as the notes themselves aren’t necessarily heard as long, and possible repetitions are less noticeable and don’t stretch out forever. Additionally, the melody doesn’t have to be particularly creative or beautiful as long as it serves as an inspiring tune.

Like in this version of ‘La Marseillaise’, the beginning can also be decorated with fanfares or trumpet signals, making the intent and origin extra clear.

This is, essentially, everything else that doesn’t fit in the former two categories. As this one is quite diverse and includes a lot of thinkable ideas, it’s impossible to describe or give specific tips on them all. However, a possible idea would be to play around with non-Western music styles to give it a distinct touch.

A great example would be India’s ‘Jana Mana Gana’, which represents the country really well by utilising native musical traditions and instruments. It is instantly recognizable and highly unique among the world’s anthems. Another example would be ‘Men – Tyva men’, the lesser-known anthem of the Tuva Republic in Russia.

A general thing you should definitely include in your anthem, no matter the style, is punctuated rhythms. These are what the little dot behind the notes is for, seen on the second note of the first bar in ‘La Marseillaise’, for example.The dot increases note value by half and makes for a very effective tool to give your song a more interesting rhythmic character, it introduces a sense of motion to what would otherwise be a quite linear note progression.

Keep in mind that in order to maintain a clear beat structure, the following note’s value should be decreased accordingly – a sixteenth note follows a punctuated eighth note.

Another thing to consider is where your melody is heading. In general, higher notes are more emotional than lower ones, so many melodies build up to a climax on the highest note in the piece. The peak can be reached anywhere, but it’s often in the chorus, such as in ‘God Save the Queen’ and Germany’s ‘Das Deutschlandlied’. When it comes to lyrics, these notes often carry meaningful or important words such as free(-dom), glory, or the nation name.

In the end, how you compose an anthem is still up to you – this is meant to be a general guide and to give impressions on what is possible. There are tools available for free on the internet that are easy to use; I’ve used Maestro and MuseScore. If you do decide to write it – which I hope you do, it’s surprisingly fun – in the end, you and your region will have something truly unique to be proud of.