LAZHINTSKY, TRABARDIA — The National Assembly of Trabardia has been thrown into a political gridlock after its Speaker, Edmundo Cotilla (Liberal-East Lake) was engulfed in a scandal surrounding allegations that he is a closeted atheist. Mr. Cotilla, fearing a challenge to his position, forced a ‘nuclear option’ rule change that prevents his opponents on both sides of the aisle from getting near the Speakership.

Over the past month, the lower house of Congress was rattled by an article published in the conservative newspaper The Lazhintsky Record alleging that Mr. Cotilla is an atheist — in most situations, amounting to a political death sentence for powerful officials such as the Speaker. However, Mr. Cotilla has managed to hang on, partly due to both inaction within his own Liberal Party, infighting within his Right Caucus coalition, and a recent change to Speaker election procedure that would essentially stop any other assemblymember from mounting a serious challenge to his gavel.

The upper echelons of Mr. Cotilla’s Liberal Party, the largest in Congress, have maintained radio silence on the issue as they fear electoral retribution from their rural, socially conservative base, but at the same time need to appeal to a suburban, socially liberal demographic that has been growing more and more dissatisfied with the leftist Democratic Revolutionary Party.

Despite this, two of Mr. Cotilla’s coalition partners, the Green and Libertarian Parties, have reaffirmed their strong support for the Speaker.  Both of these parties, along with loyal Liberal assemblymembers, helped the Speaker push through a previously unthought-of ‘nuclear option’ rule change on Friday that requires any candidate for the Speakership to command a majority of assemblymembers before they can challenge the incumbent Speaker. The change was adopted while the Assembly was supposed to be on holiday, catching most of the assemblymembers who likely would have voted against it by surprise.

Mr. Cotilla’s holiday curveball also represents a defeat for the leftist Democratic Revolutionary Party; in all likelihood, the party was going to mount its own united challenge against the Speaker while his coalition was scattered amongst moderates and right-wingers. The right-wing of Mr. Cotilla’s coalition, consisting of the far-right Nationalist Party and the Christian Republican Party, have been united in their opposition to Mr. Cotilla since the allegations that he was an atheist were published. While their small share of the voting power in the Assembly was unlikely to bring about a serious fight against the Speaker, they will likely be using his political manoeuvring to further paint him in a negative light.

Throughout all of this, the Assembly has been in political gridlock as large numbers of assemblymembers have refused to attend sessions in protest of both the allegations against Mr. Cotilla and the reaction to them. Because of this, normal procedural votes that allow regular business to proceed in the chamber have failed and the Assembly has been unable to consider regular business for most of the past week. In addition, the Democratic Revolutionary Party assemblymembers have been instructed by their Party leadership to not show up when the Assembly reconvenes on Wednesday.

The upper echelons of Mr. Cotilla’s Liberal Party, the largest in Congress, have maintained radio silence on the issue as they fear electoral retribution from their rural, socially conservative base.

Although the rule change has been regarded as the nuclear option by many, the unprecedented gridlock that is expected to prevail in the coming weeks may push the Assembly’s leaders to take drastic action. On Sunday, Morning Trabardia, RED NEWS, and the Trabardian Broadcasting Service all reported that Liberal Party leaders were considering forcing a snap election for all of the 500 Assembly seats, five months before annual congressional elections were scheduled. According to those three state-owned media outlets, the Liberals have been taking their time to form an electoral strategy to win a majority in the chamber. Assemblymember Fernando Seco, the Democratic Revolutionary Party leader in the Assembly, said Sunday afternoon that his party was “ready to take back the Assembly at any time.” If the Liberal and Democratic Revolutionary Parties, the two largest in the Assembly, both support holding a snap election, it would be all but guaranteed to happen sometime in September.

While the allegations against Mr. Cotilla have been the talk of every newspaper and cable news network for the past few weeks, the Speaker has remained remarkably silent, only showing up to preside over Assembly sessions and escaping the press shortly afterwards. On Friday, he walked around the floor of the Assembly to personally whip votes in favor of the rule change. Rumors have also circled that Mr. Cotilla is planning on forming his own centrist party to combat religious fanaticism in Trabardian politics. 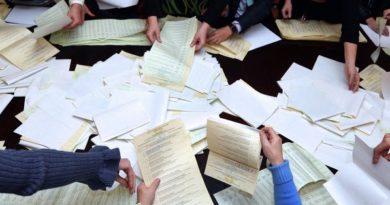