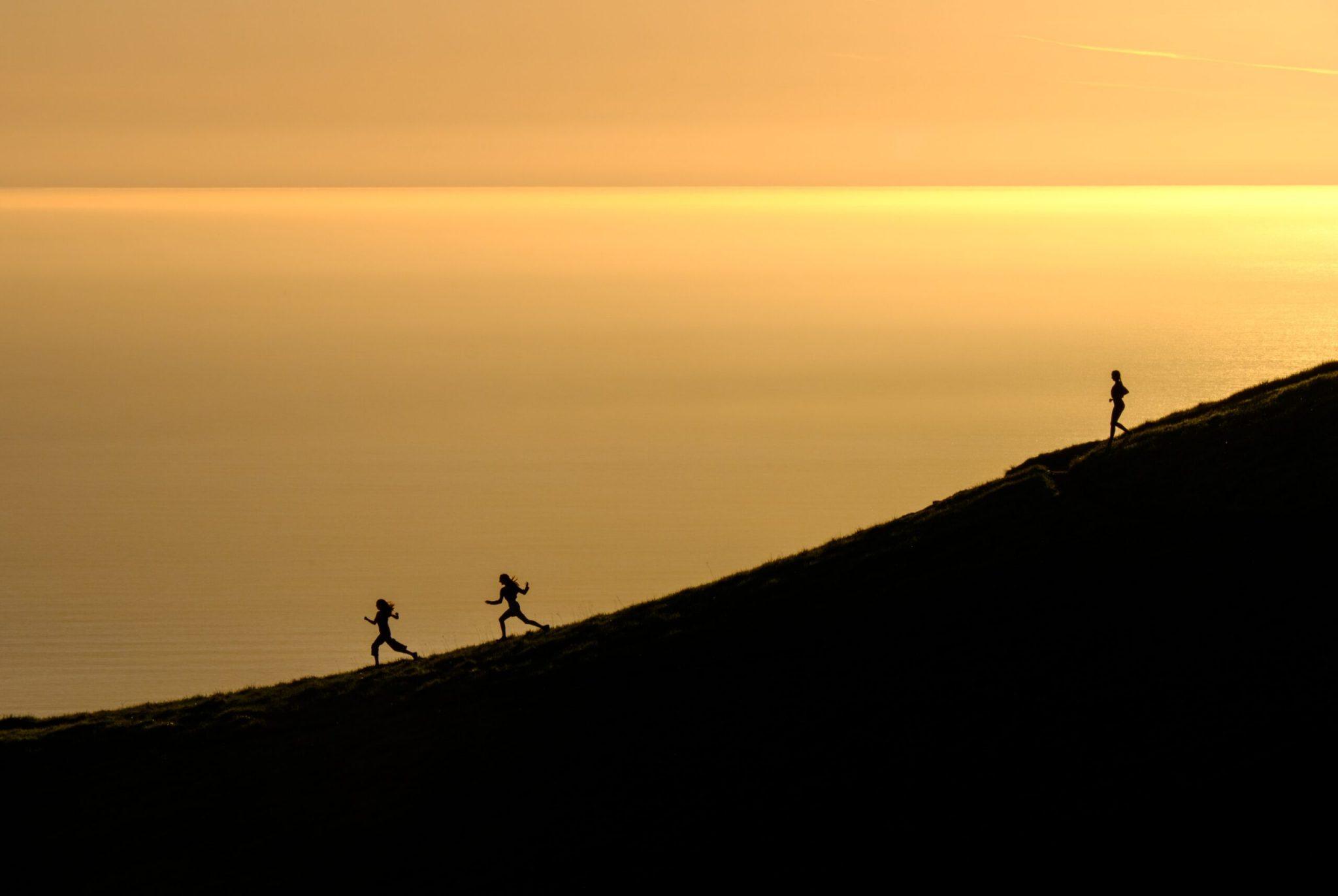 The polling section of this article was authored by Llo.

A NationStates Today poll suggests a tight race for the Europeian presidency, with Pichtonia’s hopes for an easy re-election looking far tougher than first imagined.

Europeians will go to the polls on February 19 to elect their new President, after recent events involving the raid of The Embassy rocked the election race. Incumbent President Pichtonia announced his intention to seek re-election on January 27 – the first head of government to do so in the same role since he himself won re-election in the now defunct role of First Minister back in September 2019.

Enjoying an extremely high approval rating of almost 90% in a recent Europeian Broadcasting Corporation opinion poll, Pichtonia was widely expected to be easily re-elected, and many wondered if he would even face a serious competitor. However, former Minister of Communications Forilian and incumbent Minister of Foreign Affairs Monkey launched a surprise joint bid for the presidency on February 11.

Pursuing an unorthodox campaign, Forilian and Monkey are offering a very different vision for the executive structure, proposing a system with two heads of government – one managing the domestic ministries and the other managing the external ministries – while the President oversees both roles.

They also originally proposed not having a Radio Minister, giving the ministry independence and allowing anyone capable of hosting a show to do so, so long as there was no clash with an existing one. After public pushback, including criticism from former Radio Ministers, the campaign abandoned the idea.

Aside from the new initiatives, the ticket order was also a surprise for many given presidential nominee Forilian has significantly less executive experience than vice-presidential nominee Monkey. Forilian has only ever served a half term as Minister of Communications, having to resign half-way through, while Monkey has served multiple terms in the Cabinet and is a former Vice President and Second Minister. Forilian has defended his lack of experience by arguing that he has served as a Deputy Minister in almost every ministry, and therefore is proficient in his understanding of how each functions.

Despite having announced their intention to seek re-election, President Pichtonia and Vice President Kuramia did not post a platform until February 15, just four days before polls opened. As the time without a platform grew, a sense of discontentment with the campaign appeared to harm their credibility, with a private media article even suggesting Pichtonia was “running out of time.”

Fallout From The Embassy Raid

However, another public backlash – this time against Europeia’s involvement in the raid of The Embassy – has been the event that has truly upended the presidential race. A Grand Hall discussion on the issue, particularly the decision by the raiders to close all embassies, sparked some strong public debate. Critics accused the Europeian Republican Navy (ERN), the region’s military force, of going against its practice of only closing embassies during occupations when they belong to Nazi/fascist regions.

It resulted in a Citizen Petition with 19 signatories calling on the government to either successfully urge their partners to stop the closure of embassies or withdraw ERN forces before it occurred. A discussion in the Senate also began looking at potential legislative changes to Navy policy.

However, the most dramatic development was a statement released by two former Grand Admirals, Calvin Coolidge (who is also the incumbent Speaker of the Senate) and Istillian on February 15 slamming the Navy’s involvement in the closure of embassies, and announcing their candidacy for President and Vice President respectively.

The President released a statement on the following day where he apologised for the Navy’s involvement in the operation and the administration’s initial defence of their actions, saying that he took “full responsibility [for these] mistakes.” He continued on to claim that it was “wrong for our Navy to engage in the purposeless destruction of what can reasonably be construed as a region’s identity. It is wrong for any region to do so.”

After a request to stop the closure of embassies was denied by their partners, President Pichtonia announced that the ERN had taken the “extraordinary step” to withdraw sailors from the ongoing hold. He also announced that, until further notice, all military operations would have to be approved by the President to allow for a reevaluation of naval priorities, as well as its official Operational Guidelines and Ethics.

Pichtonia and Kuramia’s re-election platform focused on the achievements of their previous term, and offered plans for their second term. The main focus of their campaign is foreign affairs – this includes a plan to celebrate the region’s 10-year anniversary of ties with The Land of Kings and Emperors, participating in the NationStates Great Exhibition, further involving Europeia in the World Assembly by evaluating how to “best maintain the functionality of WALL,” and looking at different ways to honour friends and allies through the Security Council.

Domestically, Pichtonia’s platform promises the creation of a cards programme, an interregional chess tournament, the celebration of founding day, and a new ‘Europeian History Camp’.

Calvin Coolidge and Istillian’s platform calls for a large change in the structure of Region of the Week (RoTW) events, branding the current structure as “boring” and instead proposing that it should only occur once or twice a term but with multiple regions across various forums and Discord servers. They have also called for foreign affairs staff to become more involved in the Security Council, arguing that the recent Commend HEM debate highlighted members’ strong surrogacy skills, which can be used to support allies’ proposals as well.

They have further promised to increase transparency when it comes to Navy guidelines and the expectations of on-duty sailors. Domestically, they have proposed experimenting with setting different recruitment goals for recruiters, creating a cards programme, increasing training and guidance for writers in the Communications Ministry, and having the Attorney General begin a feature comparing real-life law to Europeian law.

The Europeian presidential election is a two-round system – this means that if no ticket picks up a majority of the vote in the first round, the top two campaigns will face off head-to-head in a second round to determine the winner. NationStates Today has rated this election as only leaning towards Calvin Coolidge/Istillian given the volatility of the campaign and relatively high polling margin of error, though their lead over the second-placed ticket outsizes it.

On current numbers for the first round, their ticket commands a notable lead with 50.0% of the primary vote, which could be even higher when the remaining undecided voters pick a candidate to back. However, should they fail to secure a majority, they remain the favourites to win regardless of the opponent they face in the second round.

This outcome will no doubt come as a dire warning signal to the incumbents Pichtonia and Kuramia, who linger behind on just 26.9% of the primary vote. Even in a runoff election against the current front-runners, that same numerical value is the degree by which they would trail.

As for Forilian and Monkey, it seems their campaign has lost steam following the controversy surrounding the raid of The Embassy, holding just 15.4% of the primary vote and realistically only an outside chance of making a runoff second round in the event that no campaign gets a majority in the first.

Unsurprisingly, foreign and naval affairs featured strongly as a main area of concern in light of the debate around ERN’s involvement in The Embassy occupation, with 48.1% of respondents highlighting it as their primary issue as they head to the polls. This may well explain the surge of support behind the Calvin Coolidge/Istillian ticket. Other matters that were raised included the organisation of the ministries, executive leadership, and relevant experience for the roles.

Almost 82% of respondents said they were already aware of the election and were intending to vote, while most of the remaining individuals – all of whom had not heard about the election – signalled their intention to cast a ballot. Since only forum citizens can cast a vote in the presidential election, it is unsurprisingly that civic engagement among eligible respondents is generally high.

Each of the tickets now faces a unique challenge on the eve of the first round, with Calvin Coolidge and Istillian seeking to maintain their momentum, Pichtonia and Kuramia scrambling to realign skeptical voters, and Forilian and Monkey trying to make themselves a viable option in a highly-competitive field.

Disclaimer
Lime currently serves as Minister of Culture in President Pichtonia’s administration. He has also ran for President alongside Pichtonia and Calvin Coolidge in two separate previous elections, and has endorsed neither candidate in this election.

Lime (previously known as Punchwood) joined NationStates near the end of 2013 and was active in The South Pacific before moving to Europeia in mid-2016. He has always found his passion in NationStates to be journalism, having previously been Europeia's longest-serving Minister of Communications, where he has also served in other roles. He is a Politics and Gameplay writer for NationStates Today.