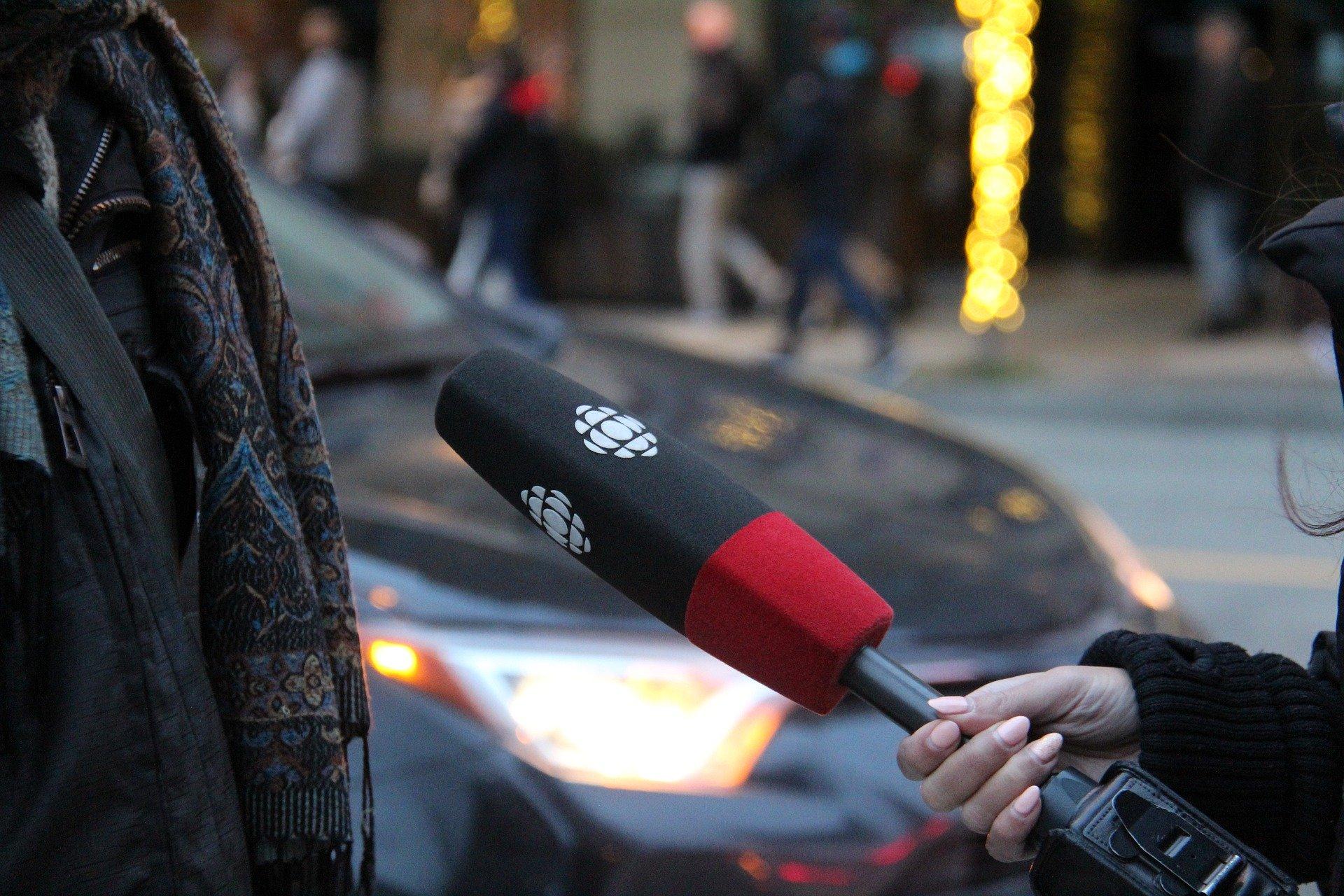 This article is the second part of a two-part series on the latest round of elections in The West Pacific. The first article covering the campaigning period may be viewed here.

On May 10, polls closed in the latest round of quarterly elections in The West Pacific (TWP) for the post of Speaker of the Hall of Nations and the Deputy Ministers of Cultural Affairs, Foreign Affairs, and World Assembly Recruitment. 57 members of the Hall of Nations turned out to vote, a record level of participation, the previous record having been set in February this year.

The election was a close run affair between two candidates –  Reçueçn, the incumbent and one of the regional Guardians, and Fuentana, member of the Cultural Affairs staff and co-ordinator of Today in the West.

Reçueçn held onto their position by just one vote, defeating Fuentana 29 to 28. NationStates Today held a short interview with Reçueçn following the election:

Wymondham: “Why did you decide to run for the post of Deputy Minister of Culture?”

Reçueçn: “I’ve sort of been doing the job for a while, before it even had an official title. It just felt natural to sign up to keep doing it. On the other hand I think it’s important to bring in fresh blood, so I’m looking forward to working with Fuentana, who ran a great campaign.”

Wymondham: “What will your first priority be as Deputy Minister of Culture?”

Reçueçn: “We’ve had a big influx of newcomers lately, as has everyone, so we’ll be focusing on continuing to show them the ropes, introducing them to the unique community that is TWP and how it functions.”

Reçueçn: “Fuentana has great ideas so I want to bring him into the ministry with me; two heads are better than one. I want to support him to move forward with all his wonderful ideas. We have some changes planned for the ministry and Fuentana will fit into them nicely.”

Wymondham: “How important do you feel these elections are to TWP’s long-standing tradition of meritocracy?”

Reçueçn: “They’re a great way to get people—voter—involved and active, which is the most basic part of building a meritocracy. And it gives candidates something to work toward as well as a place to show off what they’ve accomplished and why they deserve the post. The elections look democratic (well, more than anything else in TWP) but they’re very much still about bringing out the players who have earned those spots.”

Three candidates stood for the post of Deputy Minister of Foreign Affairs –  incumbent Deputy Minister Hyfy (also known as Gryphonian Alliance), former Speaker of the Hall of Nations Varanius, and Mia, who represents the region as its ambassador in Osiris, The East Pacific, and Lazarus.

Mia emerged as the eventual victor, winning 56.9% of the vote, with Varanius on 27.6% and the incumbent Hyfy on 15.5%. NationStates Today also interviewed Mia after the results of the election were released:

Wymondham: “Why did you decide to run for the post of Deputy Minister of FA?”

Mia: “I have served in Foreign Affairs in another universe for over five years. I am good at it. I like talking to people, and NS is a new challenge to me. I have been in NS for 15 years but I was never active here. I love puzzling things together, I love helping improve systems and I love meeting people. FA is as natural as breathing to me. I am passionate about it and I love Dilber. Working for him makes me excited and I know that being part of TWP’s future goals is something I want to be part of.”

Wymondham: “What will your first priority be as Deputy Minister of FA?”

Mia: “Challenging diplomats to become even better diplomats. Working on improving standing relationships and working to improve the goals of The West Pacific.”

Wymondham: “What, if any, parts of your opponents campaign will you implement now you have won the post?”

Mia: “I may talk to HyFy about implementing his Festival edition but I will also invite them to participate and contribute other ideas. I believe in empowering people – not just my opponents but all my diplomats. I plan to give them opportunities to improve our system if they have ideas”

Wymondham: “How important do you feel these elections are to TWP’s long-standing tradition of meritocracy?

Mia: “It allows people to have a voice in who represents them but the people that win also have done quite a bit. New blood is always exciting and though some didn’t win, I do think next time will have quite a few faces as well. I always love watching people rise to the occasion.”

With no incumbent running due to Aelitia stepping up to the Minister role shortly before elections started, two candidates stood for the role –  Security Council author The Unified Missourtama States (commonly known as TUMS), and Saransh, a relatively new member of TWP but by no means a new NationStates player with previous experience in Yggdrasil.

TUMS emerged the winner with 82.5% of the vote, with Saransh receiving the remaining 17.5% of votes. TUMS participated in a short interview:

Wymondham: “Why did you decide to run for the post of Deputy Minister of WA Recruitment?”

TUMS: “My first job in a ministry was as an instigator in the old ministry of Recruitment and Citizenry, I love working with new nations and being able to help them, while strengthening our region. In this last March I discovered my love for the WA when I authored SC#302, I then realized that there were only two WA resolutions authored by people in the region, when elections came this gave me a driving motivation to be elected to be able to use my firsthand experience in the WA, to help the region.”

Wymondham: “What will your first priority be as Deputy Minister of WA Recruitment?”

TUMS: “We will create new WA authors, it is my goal to educate willing authors and make the West a force in the World Assembly.”

TUMS: “I believe Saransh has experience in the GA where The West Pacific is lacking skill.”

Wymondham: “How important do you feel these elections are to TWP’s long standing tradition of meritocracy?”

TUMS: “Being involved is an important part of meritocracy, the elections serve as a test of each candidates standing in the community.”

Speaker of the Hall of Nations

Incumbent Speaker Giovanniland ran for re-election and was challenged by a newcomer of the region, Zoran.

Giovanniland emerged a comfortable winner with 74.1% of the vote, with Zoran receiving the remaining 25.9% of votes. Giovanniland participated in the following short interview with NationStates Today:

Wymondham: “Why did you decide to run for the post of Speaker?”

Giovanniland: “I’ve decided to run for Speaker since I’ve already been on [sic] the position for 3 months and I want to continue my plans.”

Wymondham: “What will your first priority be as speaker?”

Giovanniland: “My first priority will be continuing the regional commendations as I said on the campaign to help preserve TWP’s history.”

Giovanniland: “Zoran’s idea of a New Citizens Guide is really interesting since indeed the new members don’t take part a lot in the discussions. I’ll work with him to implement this soon.”

Wymondham: “How important do you feel these elections are to TWP’s long standing tradition of meritocracy?”

Giovanniland: “The elections, although defying the concept of meritocracy where people are appointed rather than voted, are important because they elect positions such as the Deputies and Speaker. These elected positions are usually held by newer members, while the experienced ministers oversee them, creating a balance of new and old which is good for the region and maintain [sic] our system of meritocracy.”

All in all, the recent elections in The West Pacific show continued increases in activity and engagement in the region. With participation in elections increasing by over 200% since August 2019, it shows that TWP’s strategy of ensuring all residents are actively participating is effective, even if it does mean there is a lower nation count in the region.