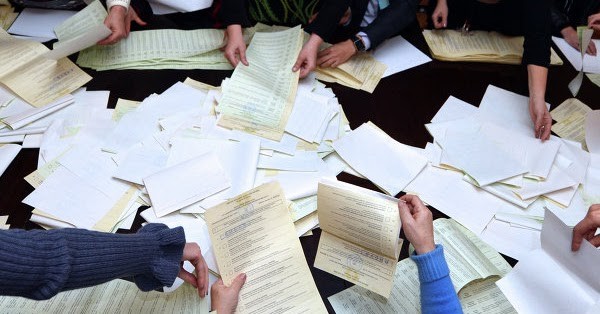 Allévarres is a small group of islands in southern Veropa, a fictional continent in the Universal Pact. Allévarres is known for its geographical beauty, but it has recently been making the news for completely different reasons.

The origin of all of the controversy surrounding Allévarres dates back to the 2015 Presidential Election, when Élvernne Jitspatrique was elected the President of Allévarres. At first, he was praised for his willingness and determination to make everyone equal economically (funding charities and support services, for example).

However, as the years passed, this part of his manifesto worsened the economy and Élvernne grew corrupt. He spent money on unnecessary things for himself, and he gained control of almost the entire government. Presidential candidates and political parties soon rallied together, pledging to stop his so-called “illegitimate” regime.

Elections were called in early 2019. Just before these took place, there was an uproar from the Allévarrian people. The conflicts came predominantly from the supporters of the far left and far right parties. As the fighting became more violent, people started to flee Allévarres.

Originally, other Veropan nations, such as Neviersia, took in a few hundred thousand people. However, as the borders became too crowded, they began to turn the refugees away from their ports.

Elections had been postponed many times throughout the last few months of 2018 and the beginning of 2019. In February, however, the day of the elections finally came around. And soon after, the results were announced.

The PDL (Partier Démocrats Libériel) ended up as the winners of the elections. Other successful parties included the PC (Partier Communisme) and the PL (Partier Libéerons). However, this was far from the end of Allévarres’s troubles.

The day after the results were announced, both sides of the political compass protested in a mass uproar in Laport, the capital of Allévarres. Some claimed the election was “rigged”. This resulted in seventeen people being injured, thirty one being arrested and two losing their lives.

Giving a speech in the centre of Laport, surrounded by hundreds of thousands of supporters, Davide Frandtkellvais, the leader of the PDL, gave the following speech:

“I solemnly swear, that as a presidential candidate, I shall aid in securing an ultimate end to the corrupt regime of the National Assembly, of Élvernne Jitspatrique, and divert the country towards the direction to freedom, democracy, and peace. If we change our ways, and stop the corrupt actions by Élvernne, we can have a better Allévarres, of free elections and harmony.”

As violence and poverty continued to rise, millions of Allévarresians fled the country, looking for safety. One of the countries many attempted to enter was Neviersia.

As mentioned earlier, Neviersia had closed the border due to the waves of immigrants coming through. However, due to public pressure and a parliamentary vote, Neviersia re-opened the border. The immigrants were welcomed in with open arms, and out of the four million Allévarrians who fled Allévarres, two million went to Neviersia.

There is no quick fix to the problems in Allévarres; the division runs deep. Despite many efforts to re-install democracy to the country, nothing has worked yet. Hope for the situation in Allévarres to improve is high however, despite the consensus that it will take a while to do so.