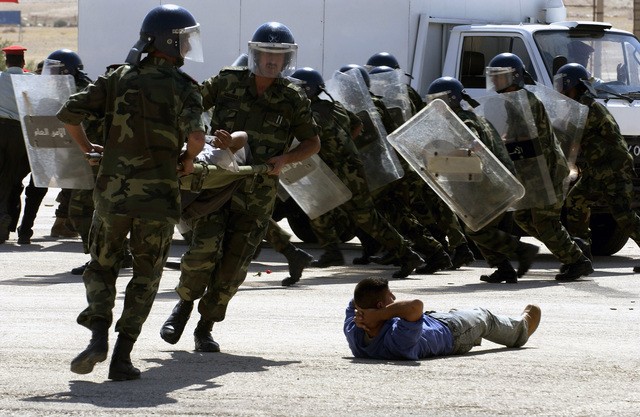 In 2018, the Utopiani Republic launched a war of independence against the Universal Pact after having been a territory of the Pact’s government since the 1967 Georgi-Utopiani war. The region’s problems escalated when the Georgi Republic ceded from the Utopianis, causing a bitter war. This conflict within a conflict was only stopped via an intervention by Daunlaund, Havadar and Cansilica, the three great powers of the region. This has led to many observers and people close to the conflict pondering: can the Georgis and Utopianis coexist together within a single nation?

In fact, the two peoples were united under one roof once — but,  in 1878, the two were partitioned due to rising tensions. This came ‘as a delight to everyone’, according to the country’s current leaders. Peace lasted until 1967, when the Georgis invaded. However, the Universal Pact intervened, and the two nations were reunited under the control of the UP Government.

When asked about the time when they had been governed as a territory of the United Pact, Utopiani President Ruscht Bilblisi was overwhelmingly positive about it. He stated that the Pact “brought peace to the land and kept the Georgis at bay,” but also remarked that the Utopiani people “wanted their own state,” instead of being under the direct jurisdiction of the Pact.

When asked about the Universal Pact, Georgi President Tomaas Grêldïg was also optimistic. He claimed that there were many adventurers to the “Wild West” of the region, who were “nice people, who really wanted to learn something about our culture and habits.” He also mentioned that their presence was beneficial for trade and that they only “built […] settlements on land that wasn’t inhabited.”

Statements About The Situation

We sat down with the Utopiani and Georgi presidents, who offered contrasting opinions on the situation in their region.

“The Georgis started a war against us in 1967 and the UP stepped in and took the territory under its wing. The people didn’t like this, and so in 2018 started a rebellion against the UP. But then the Georgis started attacking our cities and war between Utopianis and Georgis commenced. The Georgi Republic started a war that brought the destruction of the peace maintained there for centuries. They massacred Utopianis in cities, such as Drevlem and Rblisi, until the UP member states of Daunlaund, Havadar and Cansilica stepped in to stop the fighting. In 2018 both sides were partitioned as independent states.”

“After a long struggle for freedom and safety for our citizens, we finally managed to get independence. This meant we gave our people the insurance that no longer they had to fear from bloody Utopiani attacks. Because now we are a proud and independent republic with an professional army and government. Thousands of Georgi have died in their struggle for independence. They have been killed or slaughtered by Utopiani.

That’s why we are so happy that we don’t live close to them anymore, there is a big wall on the border, to keep our kids safe. We will be watching to keep them safe. We never wanted war or conflict, but we have always reacted when we were attacked. Now that we are independent, we also want to keep up the good friendship with the rest of the UP and trade with them.”

In recent weeks, the construction of a border wall between the two nations has been completed. The new addition to the Utopiani-Georgi border has sparked even more divide between the two peoples, even escalating to the point that Utopiani citizens were arrested in Daunlaund. Daunlaundic officials say the reasons for the arrest are being reviewed in the Ereckia City High Court.

The final question we asked them was adapted from the statements of the other. However, it was never mentioned that it was said by other leader.

To Utopiani President Ruscht Bilblisi: If someone was to say that Georgi people were slaughtered by your people, how would you reply?

“It is factually correct…

…but we must not dwell on these things. We must move forward.

We did as bad as they did, but they started it.”

To Georgi President Tomaas Grêldïg: If someone was to say that your people massacred people in Utopiani cities, how would you reply?

There are two things the Georgi and Utopiani republics have in common – positive relationships with the Universal Pact and a passionate hatred for each other. Despite this, there may be more that unites them than divides them. They blame each other for conflict, but they want peace. There is still hope that they can, over time, heal their broken relationship.

Not all is yet lost.

More posts from The Doctor