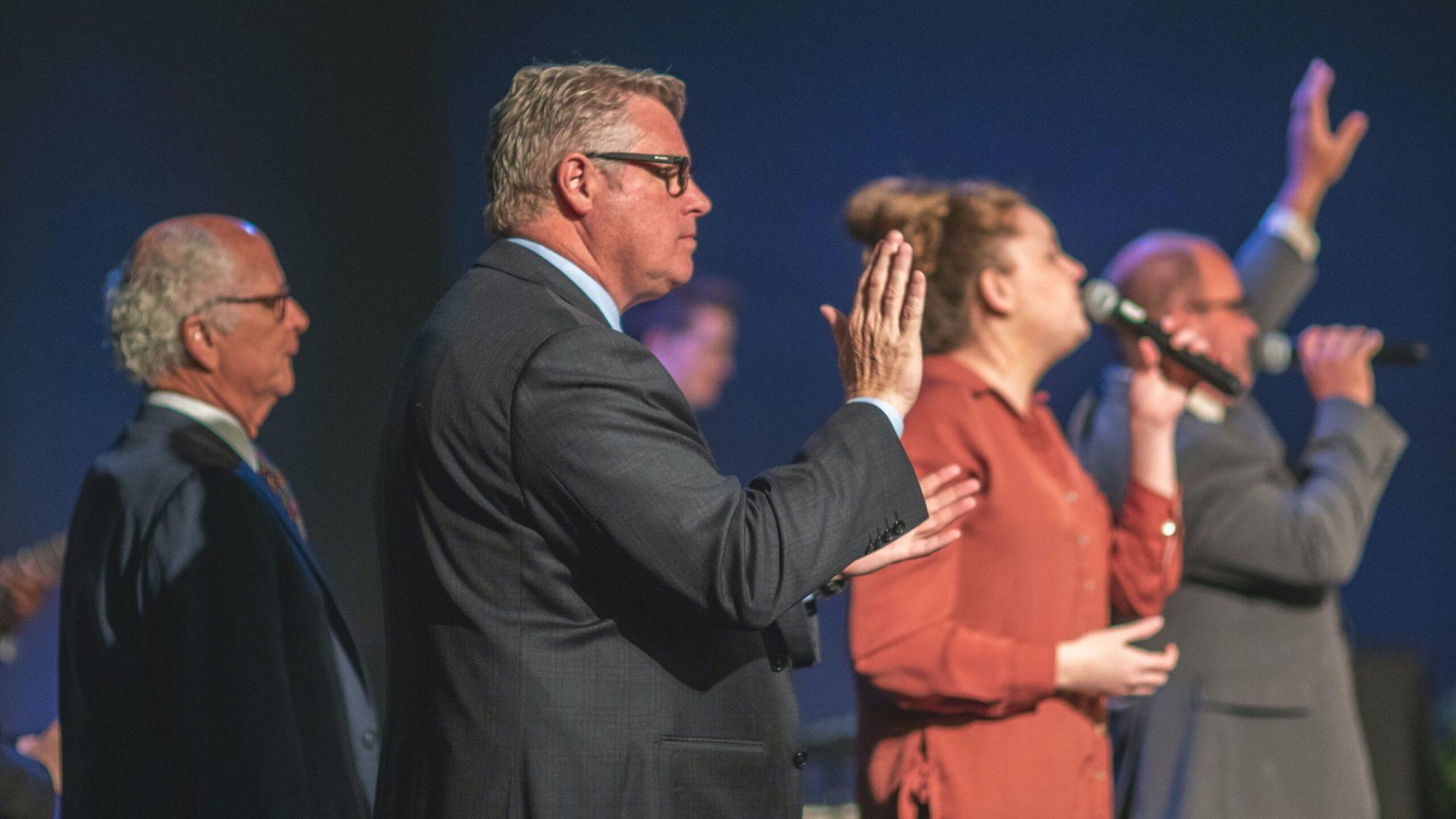 The changes would not take effect until the next Cabinet elections, resulting in the October elections being the first-ever elections for the three new Ministries. While this did bring excitement to the region, and there were two extremely close races, half of the total positions up for election were uncontested.

As the incumbent, North Prarie promised to build upon their record as an active and very engaged Prime Minister, leading the Cabinet more as a Chief Executive Officer than a Chairperson, as has traditionally been the prime ministerial role. North Prarie’s belief in defenderism played a large part in their platform, particularly in regards to foreign policy. They called for the region to actively promote the ideology in other regions, to solidify their relationships with existing defender regions, and to reach out to others they do not already have relations with.

In a very similar platform in terms of policy, Sandaoguo also said they would serve more at the forefront as Prime Minister, and the promotion of defenderism was also a key tenet of their platform. Sandaoguo relied more on previous experience and provided fewer details than North Prarie, but did also lay out their general beliefs about what each Ministry should seek to achieve and a vision for their role and the region.

In a very different and contrasting platform, Penguin suggested that they would serve as a more traditional delegating Prime Minister, working with and guiding each Minister with their own agenda and platform, rather than taking on the more active and involved role championed by their rivals.

While Penguin did say that the Minister of Foreign Affairs should continue to improve the region’s connections in the defender sphere, it was not a forefront issue as it was in their rivals’ campaigns. And, unlike their rivals, Penguin did not provide a plan or vision for each of the Ministries, instead highlighting that they would work with each individual Minister to promote their plans and ambitions for the region.

The Prime Ministerial debate mainly served to showcase the general agreement on policy between North Prarie and Sandaoguo and the general disagreement on policy with Penguin. The main area of contention during the debate, and one of the few times Sandaoguo and North Prarie clearly disagreed with each other, was concerning the Local Council, a semi-autonomous government body that runs the Regional Message Board and gameside community in The South Pacific.

Sandaoguo called for minimal interference with the Local Council unless absolutely necessary and Penguin took a similar view, though suggested that the region should hold more RMB events to bridge the gap between the forumside and gameside communities. Opposed to this, North Prarie called for slightly more intervention, saying the Ministry of Culture should include the RMB in all events and that the Local Council should have the opportunity to appoint a Cabinet representative.

Their views on the Local Council, and the extent to which the Cabinet should involve themselves in the gameside community, was arguably the only main policy area where Sandaoguo and North Prarie disagreed with each other and had clearly distinguishable policies. Voters ultimately differentiated the two candidates more on personality than on policy. As the far older member with considerable foreign affairs experience, Sandaoguo was seen by many voters as the more experienced, and stable pair of hands.

Despite being the incumbent, North Prarie’s relative youth as a nation positioned them as the more idealistic candidate. Penguin, while contrasting with a very different policy platform, was seen as the compromise candidate between the two when it came to personality, being widely seen as uncontroversial. One voter who spoke on the condition of anonymity, told NationStates Today that “[Penguin] had the idealism of North Prarie but the experience of Sandaoguo.”

When polls opened and the first ballots started to be cast, it was clear that this would be a close election. On the first count, Penguin received 15 votes, Sandaoguo came just behind on 14, while North Prarie closely followed on 11 votes. No candidate received the required 20 votes to win outright and so, as the lowest polling candidate, incumbent North Prarie was eliminated and their second preference ballots redistributed.

After the redistribution of ballots, the final result was Penguin with 22 votes and Sandaoguo with 17 votes, meaning Penguin was narrowly elected as the new Prime Minister.

In the Minister of Foreign Affairs election, newcomer Rivers Island posted a platform and intended to contest the election –  however, their nomination for the position was declared after the final deadline for nominations. Therefore, their candidacy was not valid and they suspended their campaign, leaving former Minister of Foreign Affairs Omega as the only candidate in the election.

Omega’s platform centred around improving the Secretary of State and Ambassador programme in the Ministry, as well as pursuing stronger relations with other defender-aligned regions. With no other candidates in the race, Omega won the election easily with 38 votes in their favour, while the remaining 3 opted to reopen nominations.

The Minister of Defence was the only other original position up for election and, like the Foreign Affairs election, it was also uncontested. The incumbent Minister, Phoenix, centred their campaign around building on their previous term, beginning a military roleplay and introducing more creative weekly reports.

Continuing the common theme seen in most other races, they also emphasised defenderism, including ideas for cosmetic changes to the South Pacific Special Forces, such as a new logo, motto and potentially new rank names, as well as a revitalised defender vision for the military. Phoenix was handily re-elected with 38 votes cast in their favour and just three to reopen nominations.

One of the newly created positions, Minister of Engagement, was uncontested with USoVietnam as the only candidate. They posted a detailed platform showcasing what they thought the new Ministry should work to be, including their plans and vision for it and some organisational policies they would seek to implement. In their platform, they called for an integration programme utilizing dispatches and a recruitment telegram campaign to target new players, using both API telegram systems and manual recruitment.

Other policy plans were to use trading cards in a formal programme, a push for the region to fully embrace a Polynesian theme, and to also work more closely with the Local Council. Discussing management, USoVietnam said they would allow a fully autonomous graphic design team and use regular opinion polls and survives to monitor the performance of different projects. As the only candidate, USoVietnam also won their election easily, 38 votes to just 1 for reopen nominations.

Another newly-created position, the Minister of Media, was also up for election. This time, the election was contested, with former Minister of Regional Affairs Farengeto and former Chair of the Assembly Rabbitz both seeking the position.

Farengeto’s campaign called for the expansion of current state-run news, with more coverage of roleplay, creative works and interviews of both domestic and foreign individuals. They also had plans to create a Debate Commission to run election debates, a Bureau of Statistics to provide approval ratings and election polls, and for the Ministry to manage all government communications.

Rabbitz’s campaign focused on the structure of the new Ministry and how they intended to run the Ministry, rather than just suggesting new ideas as Farengeto did. Rabbitz provided a proposed staff structure including a Director, Editors, Writers and Interviewers, a proposed application form for the writer and editor roles, as well as proposed formatting guides.

After ballots were counted, Farengeto won 28 votes, Rabbitz seven, and the reopen nominations option received four. Having received more than 50% of the total ballots cast, Farengeto was elected in a landslide on the first count.

The final position up for election was the new Minister of Culture. Three candidates, all of whom had joined around the middle of this year, stood – Swifty, Indusse and Royaltica.

Swifty’s platform centred around three main topics: a vision for the newly created Ministry, transparency from the Minister and Ministry, and plans for the term. Swifty said that the Ministry’s purpose was to host events for the region and to do so regularly. They promised to release weekly progress updates covering the progress in the Ministry, and also provided some ideas for the upcoming term such as a Halloween festival, a Winter festival, and some defender-related events.

Indusse posted a far smaller and less detailed platform, but included a list of “dream projects” with cultural events with other regions, a sports tournament and an all-Pacific convention listed.

Royaltica’s platform called for an increase in roleplay, the creation of an event bot, as well as an advertising department to promote cultural events. They also pledged to recruit volunteers to complete the creation of The South Pacific Campus, a planned space for lessons based around both NationStates and real-life issues, and to create a Culture Leaderboard where participants in cultural events would be given points and would be able to win rewards once they reach a certain number of points.

The Culture election was extremely close, with three rounds of vote distribution required and, in the end, just a single vote determining the outcome. In the first round, both Royaltica and Swifty won 17 votes each, Indusse just a single vote and the re-open nominations option received four.

As no candidate received more than 50% of the vote, Indusse was eliminated and their vote redistributed to Royaltica, however at 18 votes this was still not enough to reach the required quota for victory. The four re-open nominations votes were then redistributed, with two not transferring further on and the other two going to Swifty to give them a nail-biting 19-18 victory.

An Election of Change

These were momentous elections in The South Pacifc. The first elections for three new Ministers and the subsequent creation of their three new ministries, as well as the end of an era for the Ministry of Regional Affairs. Crucially also, defenderism was the dominant theme across almost all of the elections, with even a candidate for Minister of Culture talking about the region’s future as a defender-aligned region.

This newly-elected Cabinet will serve for the next four months, and how it implements and deals with these two key changes will be critical in the region’s immediate- and long-term future.