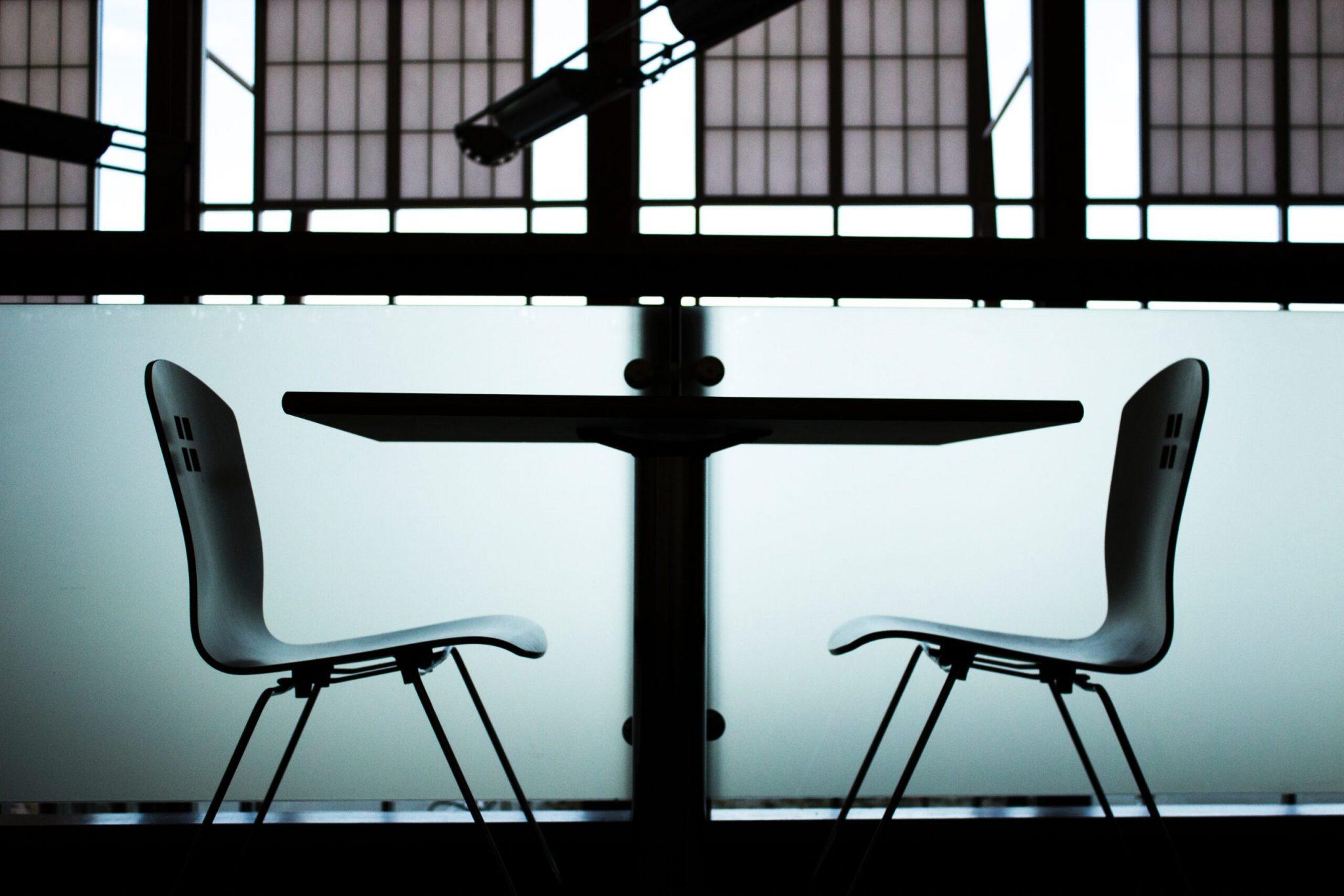 A New Chief Executive in 10000 Islands: Interview with Hakketomat

A few weeks ago, the government of the region 10000 Islands (XKI) experienced a major change. On May 3, the Chief Executive of XKI, Markanite, announced that he would invoke article 2 of XKI’s constitution, stepping down from his position and appointing a successor.

The Chief Executive is a government position that holds control of XKI’s founder account, the nation of Grub. In other words, the Chief Executive account is functionally the current founder of XKI. The position was mostly held by Titanica, more commonly known as Grub, for over a decade. In 2017, Titanica announced that he would invoke article 2 and appoint Woonsocket as the new Chief Executive. Then in 2019, Woonsocket also stepped down and named Markanite the third Chief Executive, which leads us to where we are now.

For his successor, Markanite chose to appoint Hakketomat, a command member of XKI’s defender military, the Thousand Islands Treaty Organization (TITO). Luckily, I was able to get in touch with Hakketomat, and I talk with him about his career in XKI and new position as Chief Executive.

Alfonzo: Why do you think that XKI is a region that is worth staying in? Is there any unique charm found there that you think a player cannot get from other regions?

Hakketomat: Apart from TITO, I find all the happiness I need to find in Taco Island. To me, that’s the beating heart and community of XKI. It’s where our special spam takes place and where games are played.

Hakketomat: The spam there is also different from what I find in other regions. It’s not just spam games such as “last person to post wins” or saying blatant lies about the last poster. It’s roleplay with no direction and just about anything you can think of.

Alfonzo: What’s the best post/thread you’ve seen from Taco Island, in your opinion?

Hakketomat: Oof! That is a tough one! I think The Trebuchet Thread is a great contender. Boltywood Film Studios was also a thread I enjoyed. I should revive that one.

Alfonzo: You’ve come a decent way from being an Resident to the owner of the founder account. How was your time in XKI starting from when you originally joined to now?

Hakketomat: It’s always been revolving around the forum for me. Though I’ve been heavily involved in TITO almost since the beginning of my time in XKI, it has always been a bit of a “side-project”. At first, I was hesitant to join TITO. I quickly dropped my activity in-game because I focused on the forum. It got to the point that I almost CTE’d [ceased to exist] with my main nation almost a month after having joined NationStates.

Thus, that being said, my time in XKI has heavily relied on interaction with other people. It has had its ups and downs with people leaving and some people never coming back. At first, I just wanted to stay more involved with Taco Island more than anything else. Updates with TITO were entertaining. Especially if both Louisistan and Kanta Hame were present. After a bit of swaying, I entered regional politics as a Senator for Blue Canaria North and was responsible for writing the updates sent to our embassy regions. In those, I also heavily favoured news from Taco Island more than anything else.

Before I knew it, I was someone whose name was a bit more recognised than I had intended for it to be. I got outside my comfort zone and started eyeing up the role that Louisistan held: TITO Executive Officer (XO). Basically the XO is the paper pusher of TITO and that seemed interesting to me, so I took over that role when Louisistan stepped down.

Things got more interesting then, because Grub stepped down soon after (nothing to do with me entering TITO Command). After that, XKI saw a big change overall. Particularly governing style. This was also paired with the fact that Photobucket decided to drop a deuce on their users, so I got to work closely with the new Chief Executive, Woonsocket. Him and I developed a close friendship. I think it’s from that point that I was standing out more and that more people approached me. Markanite and I would also work together closely.

Alfonzo: Why were you hesitant to join TITO? Were you just disinterested in R/D?

Hakketomat: From my experience with text based games such as those based on some mafia theme or AstroEmpires, being in a family/guild or other organisation usually means that you’re gonna have to be active more than 24/7. A lot of those communities seem to forget that you have a life outside the game. I was afraid that R/D would be going in the same direction so I rather wanted to stay outside of it and just do casual spamming.

Alfonzo: How exactly did you get swayed into regional politics?

Hakketomat: It was fairly straight-forward. Dominion of Compassion was a senator some time in 2016 and asked me to be his deputy. Basically, my task would be to go over some of the political parties and report back on their activities to see if they weren’t inactive as per legislation. Soon after that, Markanite approached me to join his political party, The Islands Party. So in January 2017, I ran for the Blue Canaria North senator seat.

Alfonzo: How big of an event was Grub stepping down for XKI?

Hakketomat: I think that to a lot of people, it was a bit unthinkable since he had been around for about 13 years. He had steered the Islands in his way for so long and so questions “poured in” as to how XKI would continue further. Of course, it was also a bit welcomed since Grub had been close to inactive in the time leading up to his announcement to step down. That was pretty much the reason as to why he stepped down. However, it opened up to questions on how XKI was going forward on the NS-wide stage. As you mentioned at the beginning of this interview, “XKI doesn’t get a lot of positive coverage”. That might be owing a lot to some of Grub’s decisions and standpoints.

Alfonzo: What was it like when you were picked to be XKI’s new chief executive? Did you ever think about declining the offer?

Hakketomat: Markanite approached me at first with whether I had time to talk about something and to let him know when I was available. We had the actual conversation the day after that. Something about that made me think that he was gonna ask me about taking over, so I had some time to mull it over. I didn’t hesitate much but something tells me that maybe I should have…? Not that I regret taking on the role so far. But it’s the thing that throughout my time here on NS as well as in my life outside of NS, I’ve always had the unhealthy habit of believing that others are better than me. That is basically my shell. Whatever I can do, others can do better. Now I’m the guy at the helm and I may or may not develop some “impostor syndrome”.

Alfonzo: So, what plans do you have for XKI now that you are the chief executive? Are you satisfied with XKI’s current state? Any areas you plan to develop upon?

Hakketomat: I don’t see the CE position being so much as to set internal and external policies so much. XKI has its delegate who leads the foreign policy and each minister and senator are in charge of their respective departments. I’m not going to step on too many toes except to make sure that XKI stays safe. I have a good background in administration owing to almost 4 years as TITO Executive Officer.

I certainly want to make XKI a welcoming place for new nations as well as other nations. I have my little pet project called TacoVision and I have invited people from other regions to take part in it and they have.

Alfonzo: Finally, I know it’s a position with indefinite term length but how long do you think you may stay chief executive for? Are there any islanders you think are also capable of becoming chief executive one day?

Hakketomat: Oh there certainly are! But I have an unhealthy obsession of wanting to stay the longest in a given office. Once I’m in, I’m in. Forget about impostor syndrome and all of that… I had this when I was TITO Executive Officer. I’ve made sure to stay in that position so long that I don’t think anyone will outdo me for the time being. “If they do, I’ll just fire them!” I do like even numbers, which is one reason I may have thought “oh shoot” when I took the CE position. I’ve been a TITO Executive Officer for 3 years and 10 months and not 4 years… With that being said, I’m going to have to outdo Grub and make it an even number. Now, it’s not entirely known how long Grub was in office. Could be 13 years or 14 years. To be on the safe side, I will have to stay as CE for 16 years so that I outdo Grub and get an even number of years!

Alfonzo: It was great interviewing you and getting insight on not only you but also XKI as a whole! Glad to see what you do while you’re still Chief Executive!

Hakketomat: You’re welcome and thank you as well!

This interview has been edited for length and clarity.