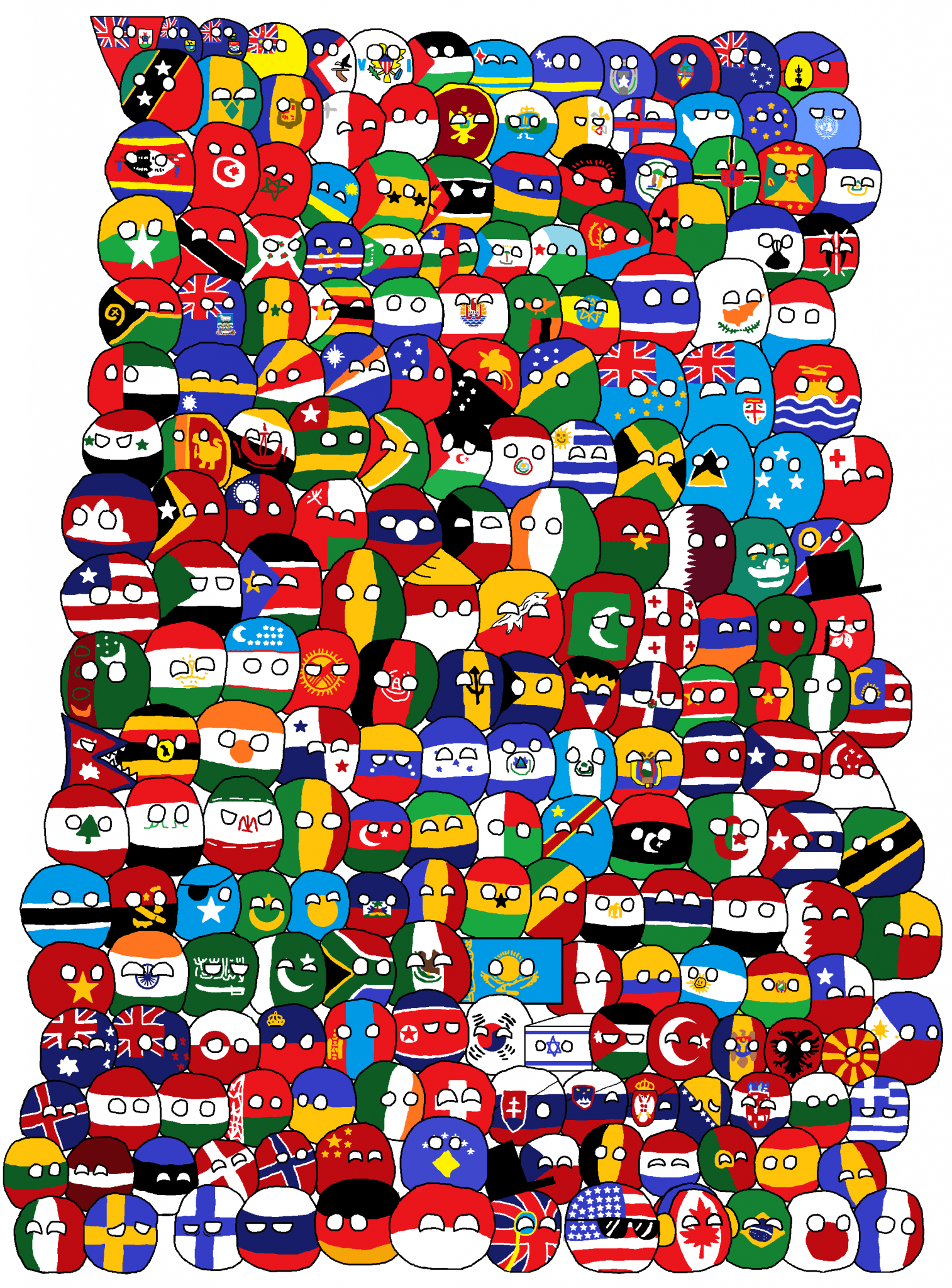 ‘Meet the Countryballs!’ is a Polandball series which was started by Neviersia on April 27, 2019, which looks into who the countryballs of the NationStates Polandball thread are. We have been busy collecting information about the countryballs and characters of the thread, such as what they like and dislike, their personality and some general information about their nation. Here are some of the characters who we have found!

This is the next episode of “Meet the Countryballs!”, and with more hats!

This is the third episode! The detail of the eagle on Eternal Lotharia’s flag is amazing!

Here’s the fourth episode of “Meet the Countryballs!”. It is very interesting and cool that Erbersians speak backwards and do things in backwards too!

This is the final “Meet the Countryballs!” episode! Soviet Tankistan’s hat was drawn in very well.

It was absolutely thrilling meeting the countryballs of NationStates. The series shows just a few characters, but it also shows how diverse and spectacular the Polandball community is! Each nation is special and unique in their own way, with their own interesting things about them too! It doesn’t matter how skilled you are at drawing Polandball art, but how much effort you put into them.

Ivy has been on NationStates since 2015, and was the co-founder of DEUN from 2016 till when it became defunct in early 2018. Since May 2018, Neviersia has been contributing towards the Universal Pact. He has additionally served as the Vice Delegate of the Universal Pact from May to November 2018.